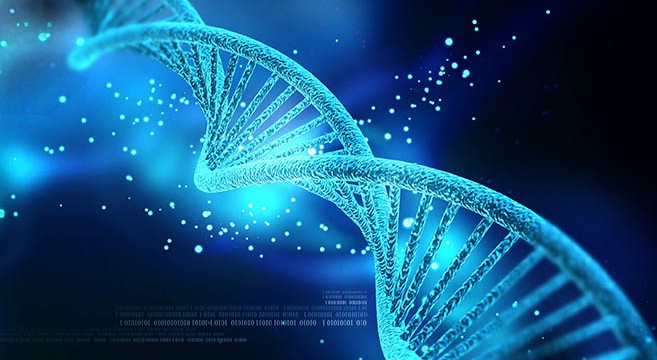 A team led by researchers at Cold Spring Harbor Laboratory (CSHL) this week publishes in PNAS a new analysis of data on the genetics of autism spectrum disorder (ASD). One commonly held theory is that autism results from the chance combinations of commonly occurring gene mutations, which are otherwise harmless. But the authors’ work provides support for a different theory. They find, instead, further evidence to suggest that devastating “ultra-rare” mutations of genes that they classify as “vulnerable” play a causal role in roughly half of all ASD cases. The vulnerable genes to which they refer harbor what they call an LGD, or likely gene-disruption. These LGD mutations can occur “spontaneously” between generations, and when that happens they are found in the affected child but not found in either parent.

Although LGDs can impair the function of key genes, and in this way have a deleterious impact on health, this is not always the case. The study, whose first author is the quantitative biologist Ivan Iossifov, a CSHL assistant professor and on faculty at the New York Genome Center, finds that “autism genes” – i.e., those that, when mutated, may contribute to an ASD diagnosis – tend to have fewer mutations than most genes in the human gene pool. This seems paradoxical, but only on the surface. Iossifov explains that genes with devastating de novo (i.e. “new”) LGD mutations, when they occur in a child and give rise to autism, usually don’t remain in the gene pool for more than one generation before they are, in evolutionary terms, purged. This is because those born with severe autism rarely reproduce.

The team’s data helps the research community prioritize which genes with LGDs are most likely to play a causal role in ASD. The team pares down a list of about 500 likely causal genes to slightly more than 200 best “candidate” autism genes. The current study also sheds new light on the transmission to children of LGDs that are carried by parents who harbor them but whose health is nevertheless not severely affected. Such transmission events were observed and documented in the families used in the study, part of the Simons Simplex Collection (SSC). When parents carry potentially devastating de novo LGD mutations, these are more frequently found in the ASD-affected child than in their unaffected children, and most often come from the mother.

This result supports a theory first published in 2007 by senior author Michael Wigler, a CSHL professor, and Kenny Ye, a statistician at Albert Einstein College of Medicine. They predicted that unaffected mothers are “carriers” of devastating mutations that are preferentially transmitted to children affected with severe ASD. Females have an as yet unexplained factor that protects them from mutations which, when they occur in males, will be significantly more likely to cause ASD. It is well known that at least four times as many males as females have ASD.

Wigler’s 2007 “unified theory” of sporadic autism causation predicted precisely this effect. “Devastating de novo mutations in autism genes should be under strong negative selection,” he explains. “And that is among the findings of the paper we’re publishing today. Our analysis also revealed that a surprising proportion of rare devastating mutations transmitted by parents occurs in genes expressed in the embryonic brain.” This finding tends to support theories suggesting that at least some of the gene mutations with the power to cause ASD occur in genes that are indispensable for normal brain development.

In November 2014 two major studies, published in the journal Nature, discovered the same genetic complexity of ASD with regards to de novo mutations. Matthew State of the Brain & Behavior Research Foundation writes, “In one of the studies, 107 genes were identified as ‘enriched’ in a sample of 3,871 individuals with ASD. In the other study, 27 genes with de novo LGD mutations were analyzed. A clear pattern emerged when researchers looked at the work these genes normally perform in cells. In both studies, the affected genes are normally activated in the building and maintenance of neural networks, particularly the communication junctions between neurons called synapses. Other genes observed to be ‘disrupted’ in the two studies included transcriptional genes, which generate proteins that regulate the activity of other genes (including those especially active during early development of the brain). Still other affected genes help regulate the way our genetic material is packed inside the nucleus of cells, in bundles called chromatin. Proteins that help reshape these bundles are essential in determining which genes can be activated at any given moment. Both papers noted overlap in the list of ASD-linked genes conferring risk, with risk genes identified in studies of other psychiatric illnesses. In the words of the authors of one of the papers: ‘De novo mutations in ASD, intellectual disability, and schizophrenia cluster to synaptic genes, and synaptic defects have been reported in models of these disorders.’ In this way and perhaps others, the new research supports the notion of overlap among genetic factors that cause or confer risk for a number of serious brain disorders.” You can read the article in full at BBRfoundation.org.

In the August 2012 edition of Nature, another study was published which discovered a link between a father’s age and an increase in de novo mutations and possibly disease association with autisim and schizophrenic. The study shows how with each passing year, men develop an extra 2 de novo mutations. Next Gen Seek writes, “A quick look at the age of father at time of conception and the number of de novo mutations showed a strong linear relationship with increase in the number of mutations as the faster’s age increased. Their data showed that on average 20-year-old fathers had about 40 mutations and 40-year-old fathers had about 80 de novo mutations. Although this results show a strong relationship with age, one can not rule out the possibility of mother’s role in increase in de novo mutations. Also in their data, mother’s age is highly correlated with father’s age at the time conception, leaving the possibility of mother’s role as well.” You can read more at NextGenSeek.com.

Research has also found a very strong link between autism and the gut-brain (i.e. microbiome-brain) axis. It begs the question if it’s possible for there to be a connection between the microbiome and these newly discovered de novo mutations. You can read more about autism’s link to the microbiome in the articles below, and be sure to watch the mindblowing CBC documentary The Autism Enigma below (video #1) which brilliantly explains how the microbiome and autism are connected. Video #2 is the trailer for The Autism Enigma. Video #3 is a TED Talk from Elaine Hsiao of Caltech explaining the mind-altering effects of the microbiome on the brain and human behavior. Video #4 is Michael Schatz of Cold Spring Harbor Laboratory explaining de novo mutations. And video #5 is NPR’s terrific look at the invisible universe of the microbiome. (Image courtesy of SMA News Today)

Previous post:
The Male Link Between Testosterone & Happiness, And NatGeo’s Finger Length Test Of Your Sexuality Next Post:
Watch Suze Orman On TODAY Explain How To Buy A Home & Retire, Get Her Financial Course For Free