Opening with the last words spoken by Roy Batty, the leader of the Nexus-6 replicants in Ridley Scott’s Blade Runner, Rose McGowan shines in a stunning and surreal new music video for her debut single “RM486”. The video was directed by renowned filmmaker Jonas Åkerlund, and was styled by his wife, B Åkerlund (read her terrific 2013 profile in The New York Times). When asked by NOWNESS about her exploration of female empowerment, sexual liberation, and if she feels a responsibility to create a feminist dialogue, McGowan says, “Yes I feel like it’s my duty and other people who have a voice, it’s their duty as well. We’re told from when were very young: ‘don’t upset anybody, don’t rock the boat.’ Why not? I believe in civil disruption. I also think it’s important for bodies to be represented in a non-sexual manner, especially women’s bodies.” McGowan’s “RM486” is available on September 22nd. To learn more visit WhoYouAre.com. 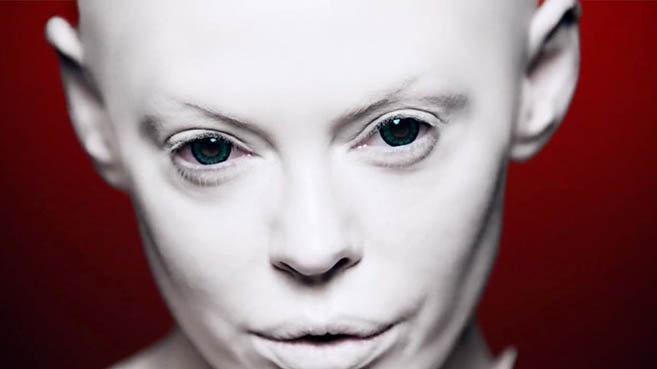