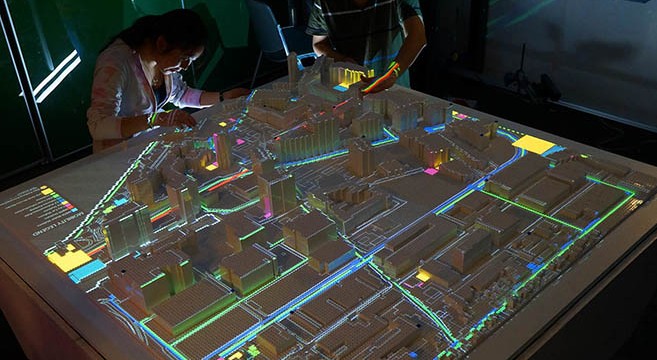 As we move deeper into the 21st century it is estimated that by 2030 a whopping 60% of the Earth’s projected population of 9 billion people will be living in urban environments (i.e. 5.4 billion people). This is hard to imagine, considering the fact that today 54% of the world’s 7.3 billion population live in cities (i.e. 3.9 billion people) and they’re already busting at the seams. But one person who is spearheading the cutting-edge search for solutions is, and making dramatic progress, is MIT’s Kent Larson, an architect, researcher, and director of MIT Media Lab‘s Changing Places Group and co-director of the City Science Initiative.

In a recent profile in Core77, Estefania Acosta describes Larson’s 4 areas of expertise: “responsive urban housing, new urban vehicles, ubiquitous technologies and living lab experiments.” The profile highlights some of Larson’s greatest achievements, including his Persuasive Electric Vehicle (PEV) design, but one of the most extraordinary is his development of MIT’s CityScope technology in which models of cities are built and crowdsourced data is projected on top. MIT explains the technology behind CityScope: “We develop simulation systems that can predict and quantify the potential impact of disruptive technologies within new and existing cities. We place a special emphasis on augmented reality decision support systems (ARDSS) that facilitate non-expert stakeholder collaboration within complex urban environments. The platform is a tangible-interactive urban rapid prototyping environment. Users from any background can collaboratively configure the neighborhood with their own vision for land use and density. All the while, users receive real-time feedback of different urban metrics including walkability, energy, daylighting, and trip generation. GIS data is used to create ‘LEGO-tized,’ 3-dimensional representations of existing urban areas. The model is augmented with layers of information via projection mapping.”

In the series of photos below we see CityScope technology at work as it reveals various visualizations of Kendall Square in Cambridge, Massachusetts, getting direct, live feedback on various things such as the impact of possible new tower construction, traffic implications, solar insolation, mobility systems, etc. In a recent TED Talk, Larson elaborates on his work, and you can watch it in full below.

SEE ALSO: The WOW Files: Video Of MIT’s Insane Shapeshifting Technology Will Freak You Out
SEE ALSO: Charlie Rose Talks To Naomi Klein About How Capitalism Is A Bigger Threat To Civilization Than Carbon 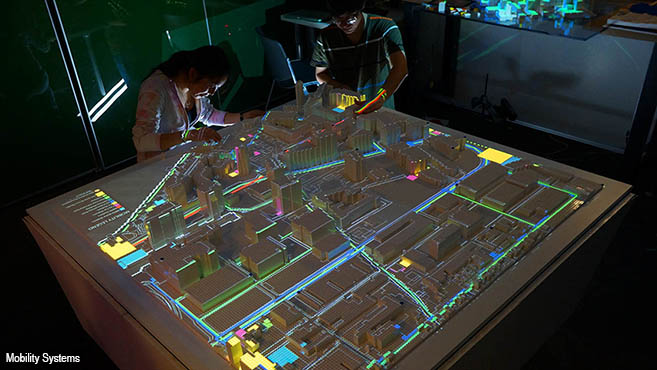 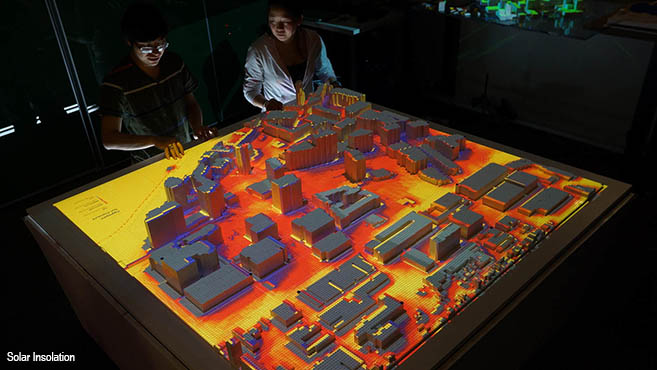 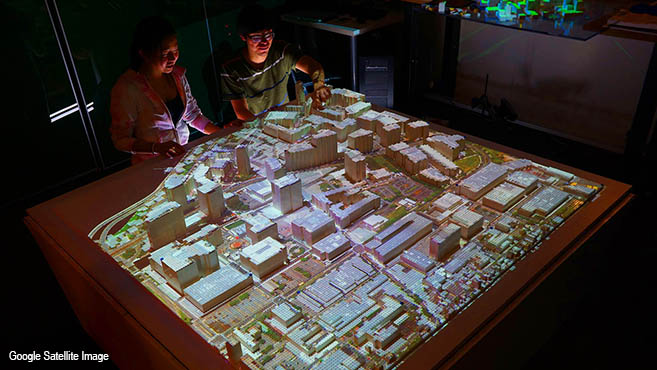 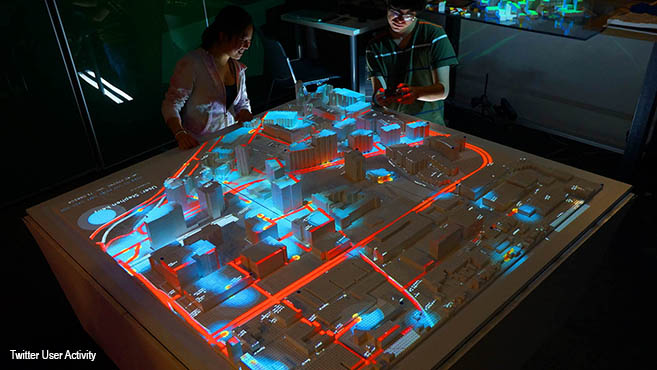 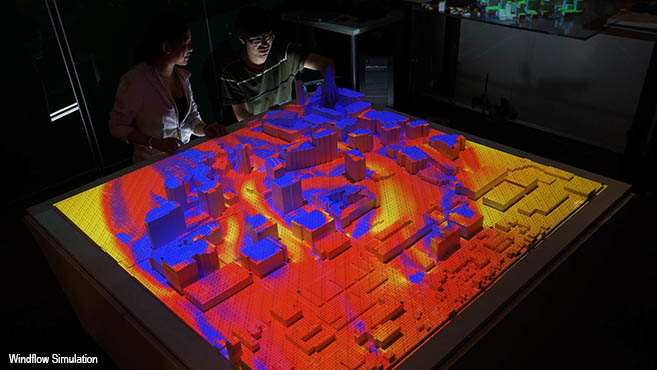