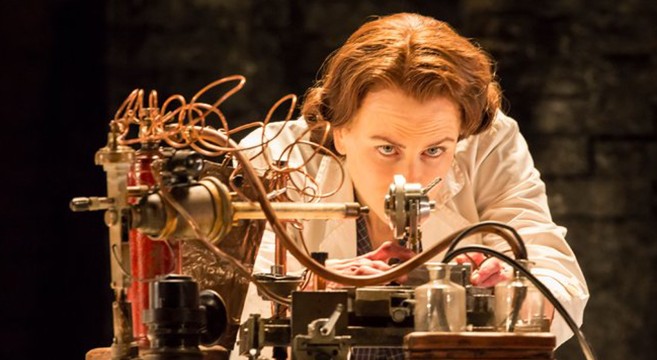 17 years ago was the last time Nicole Kidman appeared on stage. It was for David Hare’s The Blue Room on London’s West End, which eventually went to Broadway. And for Kidman fans who have been eager to see her on stage once again — well, the wait has been more than worth it, according to the world’s top theatre critics who witnessed her performance on the opening night of Michael Grandage’s production of Photograph 51.

Kidman portrays chemist Rosalind Franklin, a scientist whose brilliance was critical to the discovery of DNA — yet whose work has been all but ignored in a male-dominated field. New York Times‘ chief drama critic Ben Brantley writes: “Directed by Mr. Grandage, with a wintry set by Christopher Oram that conjures a London in ashes after World War II, Photograph 51 sustains a crisp dramatic tension even when it skirts banality or expository tedium. And Ms. Kidman, who turns Franklin’s guardedness into as much a revelation as a concealment of character, is pretty close to perfection. The character she plays, after all, would surely demand nothing less.”

Michael Billington of The Guardian writes: “You could hardly have a greater contrast than with Nicole Kidman’s last appearance on the London stage. In David Hare’s The Blue Room (1998) she played 10 starkly revealing women in a sexual daisy-chain. Now she plays the scientist Rosalind Franklin who eschewed intimate relationships and whose vital contribution to uncovering the structure of DNA has been marginalised. It’s a commanding, intelligent performance and my only complaint about Anna Ziegler’s intriguing, informative 95-minute play is that it is not longer.”

Paul Taylor of The Independent writes: “In her compelling and subtle performance, Kidman beautifully captures the prickly defensiveness, the lonely dedication, and the suppressed emotional longings of the scientist. Her father, we learn in Ziegler’s version, had warned her that if she persisted with a scientific career, she ‘must never be wrong’ as that would risk losing everything. Kidman shows you that the immaculately turned-out perfectionist is paying the penalty for the fear he sowed back then.”

Matt Wolff of The Arts Desk writes: “[G]uess what? Back on the London boards to play the erotically indrawn scientist Rosalind Franklin in Anna Ziegler’s Photograph 51 under the direction of Michael Grandage, Kidman is even better communicating a life of the mind than she was all those years ago allowing the briefest glimpse possible of her body. As savvy about-faces from Oscar-winning performers go, this one is going to prove hard to top.”

And Mark Shenton of The Stage writes: “I can’t say that I honestly understood all the science presented. As with life itself, you have to take a lot of it on trust. But the play is actually partly about a powerful sense of distrust — and of bad faith … In an intricately layered series of revelations, it becomes several plays all at once: a thriller about a race of discovery; an exposé about sexism in science and a treatise about loneliness, as these scientists studiously avoid relationships that might interfere with their work. As with previous Grandage projects, the play is led by a star actor — in this case Nicole Kidman … Here she doesn’t strip physically … but the emotional layers are gradually exposed no less revealingly. She is surrounded by a brilliant team of male actors that include Stephen Campbell Moore as Maurice Wilkins, her colleague and adversary whom the play suggests harboured deeper feelings towards her than he let on. The result is a beautiful, tender and surprising new play that elevates the West End.”

You can purchase your tickets for Photograph 51 by CLICKING HERE. (Photos courtesy of Johan Persson, The New York Times). 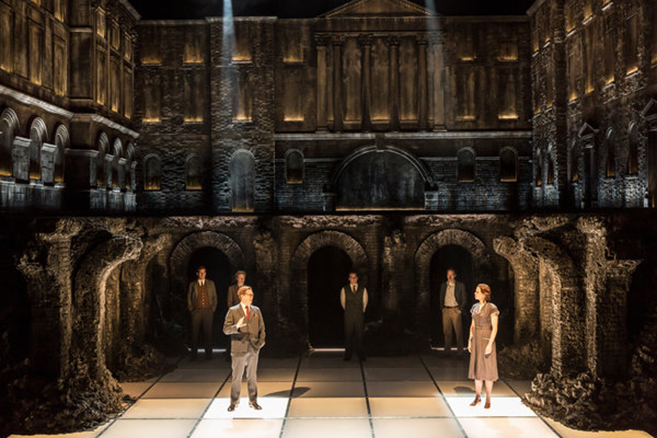 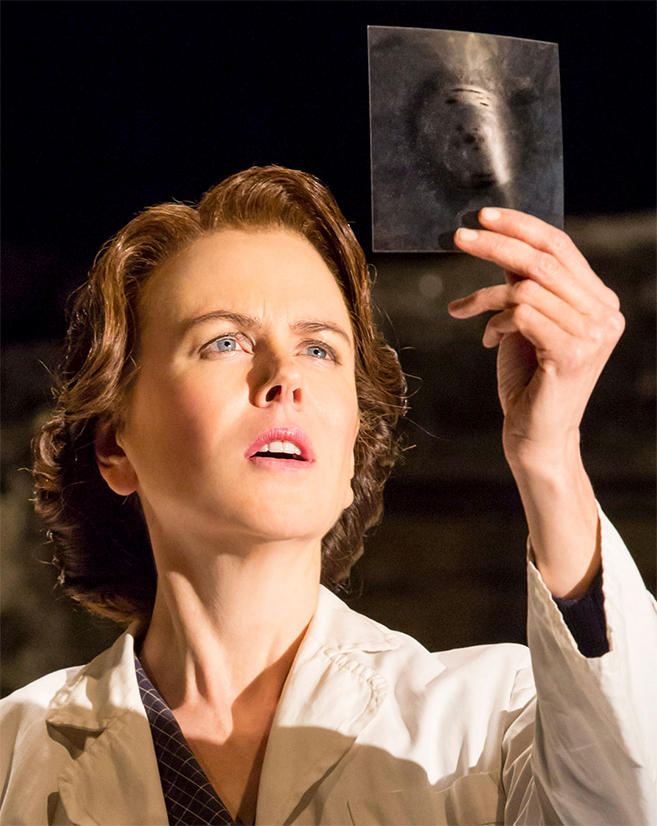 Previous post:
This Award-Winning ACORNS App Could Make You Rich (Or At Least Help You Save A Lot More Money) Next Post:
Man Brings In A Slave Quilt For Appraisal On “Antiques Roadshow” And Gets The Surprise Of A Lifetime