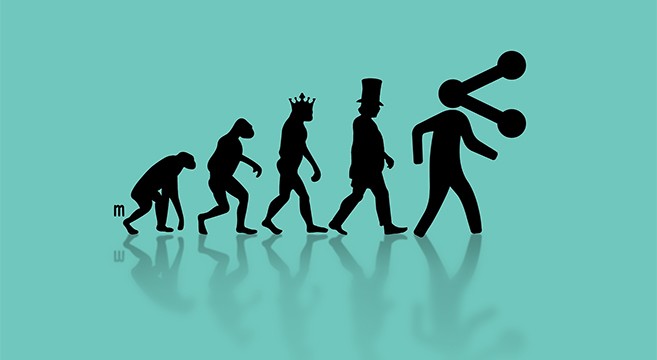 The End Of Capitalism Has Begun: Read Paul Mason’s Superb Essay On Our Rapid Shift To Postcapitalism

Paul Mason (born January 23, 1960) is an award-winning English journalist, broadcaster, professor, and Economics Editor of Channel 4 News. In his brand new book, Postcapitalism, which is set for release on July 30th via Penguin Books, Mason guides us through the current seismic collapse of capitalism that we are experiencing, and explains ways in which we can take advantage of these rapid changes to build a more equal society.

“Over the past two centuries or so, capitalism has undergone continual change — economic cycles that lurch from boom to bust — and has always emerged transformed and strengthened,” reads the book’s synopsis. “Surveying this turbulent history, Paul Mason wonders whether today we are on the brink of a change so big, so profound, that this time capitalism itself, the immensely complex system by which entire societies function, has reached its limits and is changing into something wholly new. At the heart of this change is information technology: a revolution that, as Mason shows, has the potential to reshape utterly our familiar notions of work, production and value; and to destroy an economy based on markets and private ownership — in fact, he contends, it is already doing so.”

“Almost unnoticed, in the niches and hollows of the market system, whole swathes of economic life are changing. Goods and services that no longer respond to the dictates of neoliberalism are appearing, from parallel currencies and time banks, to cooperatives and self-managed online spaces. Vast numbers of people are changing their behaviour, discovering new forms of ownership, lending and doing business that are distinct from, and contrary to, the current system of state-backed corporate capitalism. In this groundbreaking book Mason shows how, from the ashes of the recent financial crisis, we have the chance to create a more socially just and sustainable global economy. Moving beyond capitalism, he shows, is no longer a utopian dream. This is the first time in human history in which, equipped with an understanding of what is happening around us, we can predict and shape, rather than simply react to, seismic change.”

This past Friday in The Guardian, Mason published an extraordinary companion essay to the book, entitled “The End Of Capitalism Has Begun”. The following is a brief excerpt: “It is the elites — cut off in their dark-limo world — whose project looks as forlorn as that of the millennial sects of the 19th century. The democracy of riot squads, corrupt politicians, magnate-controlled newspapers and the surveillance state looks as phoney and fragile as East Germany did 30 years ago. All readings of human history have to allow for the possibility of a negative outcome. It haunts us in the zombie movie, the disaster movie, in the post-apocalytic wasteland of films such as The Road or Elysium. But why should we not form a picture of the ideal life, built out of abundant information, non-hierarchical work and the dissociation of work from wages? Millions of people are beginning to realise they have been sold a dream at odds with what reality can deliver. Their response is anger — and retreat towards national forms of capitalism that can only tear the world apart. Watching these emerge, from the pro-Grexit left factions in Syriza to the Front National and the isolationism of the American right has been like watching the nightmares we had during the Lehman Brothers crisis come true.” You can read Paul Mason’s essay in full by visiting TheGuardian.com.

For more amazingness from Paul Mason be sure to follow him on Twitter and Facebook, and read his terrific blog at Channel 4. Mason has been twice shortlisted for the Orwell Prize, won the Wincott Award for Business Journalism in 2003, the Diageo African Business Reporting Award in 2007, and was named the Royal Television Society’s specialist reporter of the year in 2012 for his coverage of the economic crisis and social unrest in southern Europe. His books include Why It’s Kicking Off Everywhere (2012)- an account of the occupy movement and the Arab Spring, Meltdown: The End of the Age of Greed (2009), and the novel, Rare Earth (2012), set in China. He is also co-author of The Global Minotaur (2015) alongside former Greek Minister of Finance, Yanis Varoufakis. (Illustration by Joe Magee)

SEE ALSO: Ben Bernanke: Germany Is Feasting On The Rest Of Europe
SEE ALSO: What Shakespeare Taught Me About Capitalism, by Paul Mason
SEE ALSO: Charlie Rose Talks To Naomi Klein About How Capitalism Is A Bigger Threat To Civilization Than Carbon
SEE ALSO: Neofeudalism & The Empire Of Illusion: Watch Pulitzer Prize Winner Warn Of The Next Great Depression

Previous post:
These Spectacular Photo Collages By Spanish Artist MYLOVT Are Straight Out Your Deepest Dreams Next Post:
The Revolutionary New SciO™ Scanner Is Like Shazam For Molecules & It’s Available For Pre-Order