Shuhei Miyashita and his research colleagues at MIT (Massachusetts Institute of Technology) are the wizards behind this ingenious little origami-style robot. Coming in at a tiny 1.7-centimetre length, the robot is made of plastic and contains a programmable magnet which can be maneuvered by an external magnetic field. long origami robot made of plastic and containing a magnet can be “programmed” by an external magnetic field. More precisely, the plastic itself is polyvinyl chloride which allows the robot to fold itself into its shape at a temperature of 65C, and dissolves in either water or chloride leaving only the magnet behind. 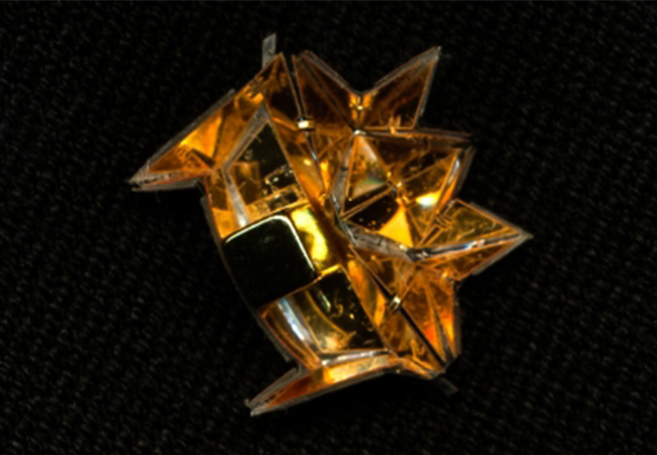 Previous post:
Go Inside The Groundbreaking School Tilda Swinton Founded For Her Two Twins & Their Classmates Next Post:
Watch The First Trailer For “The Stanford Prison Experiment” Based On The Disturbing 1971 True Story