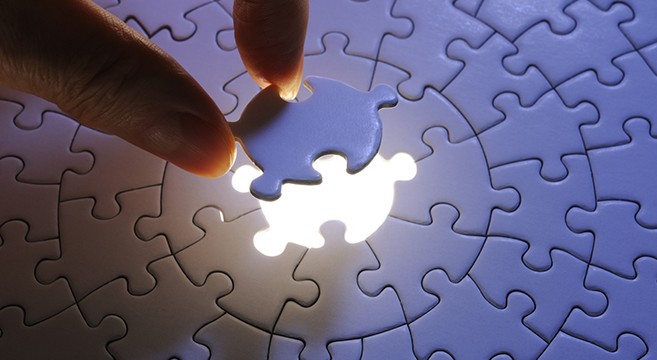 Researchers at the Donders Institute at Radboud University have discovered and recorded for the very first time exactly how the brain elicits A-HA moments. By using MRI scanning technology, the team recorded the precise brain signature process involved in taking old memories and recombining them when exposed to new insight and new information. In much the same way we recombine puzzle pieces over and over again when solving a jigsaw puzzle, the brain does the exact same thing with old memories to find new patterns.

The press release from Randbound University reads: “Branka and her colleagues used The Sims 3 life-simulation game to make animated videos of life-like events which they showed to participants whose brain activity was monitored using an MRI scanner. They found that after people realized how some events fit together into a story, the memories of those events were joined together – just like pieces of a puzzle – to form a new memory of the entire story. This effect could be seen in the hippocampus and medial prefrontal cortex: brain regions involved in memory for personal, autobiographical, events.”

“This is the first time scientists have been able to visualize how the brain flexibly recombines memories of past events when new information comes to light. This research has important implications for knowledge acquisition in educational settings. It suggest that teachers can aid learning, not only by explicitly providing the context for new material as they already do, but also by pointing out links within previously learned material, thus eliciting reorganization of neural representations of knowledge and the accompanying formation of an integrated ‘big picture’.” For more amazing stories about the human brain be sure to visit The Human Brain on FEELguide.

Previous post:
Watch All Five Of Cameron Beyl’s Video Essays On The Films Of Stanley Kubrick Next Post:
The Powerful Subliminal Psychology Hidden Inside The Sound & Imagery Of HBO’s “Static Angel” Intro