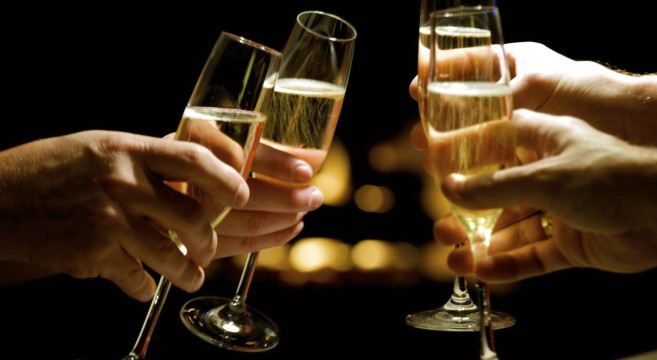 A Fascinating Exploration Of “Alcohol: The Most Astonishing Molecule” And How It Shaped Civilization

Apart from orgasm, there aren’t too many substances in this world that feel better than that tingly, feel-good buzz you get from your favorite booze. But if you take a moment to truly appreciate alcohol on a deeper level, you will realize it’s had an enormous influence on the course of human civilization. And from a scientific perspective alcohol happens to be one of the most astonishing molecules in the known universe.

The editors of Scientific American recently put together a terrific piece praising the miraculous molecule, and the following is an excerpt: “Most modern primates have diets consisting of roughly three-quarters fruit, and they are known to consume as much fermented fruit or drink as possible when the opportunity presents itself. Such considerations have been summed up in the ‘Paleolithic’ or ‘drunken monkey’ hypotheses, which posit that drinking is in our genes, whether for good or evil. These genes include those related to inebriation, which we share with fruit flies and which carry such fanciful names as barfly, cheapdate and happyhour. Other genes are involved in the so-called hormetic response, in which low-level exposure to a potential poison might contribute to positive physiological effects.”

You can read the full story by visiting ScientificAmerican.com. And it’s always worth re-watching the equal parts hilarious and fascinating BBC doc on alcoholic vervet monkeys below.

Previous post:
Watch This Stunning 16-Week MRI Timelapse Video Which Uncovered The Mysterious Cause Of Brain Decay Next Post:
Here’s How The Large Hadron Collider Team Hopes To Touch Another Dimension With Rainbow Gravity Leak