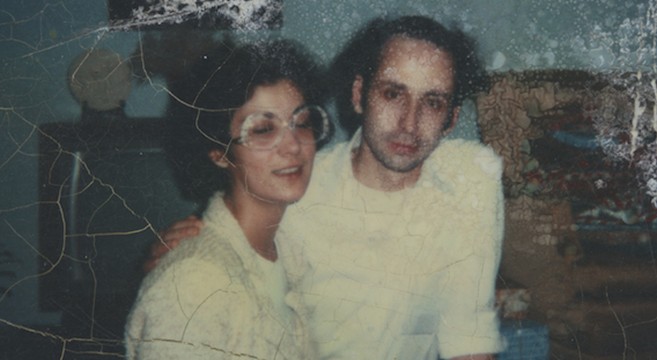 Out of deep pain comes deep transformation. This is profoundly evident in Sufjan Stevens‘ magnificent new ★★★★★ album, Carrie & Lowell — a monumental achievement in modern folk music, and a towering love letter to his mother, Carrie, who died in December 2012 after losing her battle with stomach cancer. The album is in every way a map of Sufjan’s soul, and the traumatic and enormously complex feelings of loss and pain he experienced while walking through the fire of grief in the two years that followed. A walk he continues to this day.

In a recent interview with Pitchfork, Sufjan (pronounced Soof-Yawn) explains how the album’s genesis can be traced to the day his mother abandoned him and his family when he was all of one-year-old. “There are several references to places within Oregon throughout Carrie & Lowell; it’s where Stevens spent three summers, between ages 5 and 8, with his mother and stepfather. These early memories are not just important because they came at a formative point in Stevens’ life — they’re actually some of the only recollections he has of his mother, who abandoned his family when he was just a year old. Her five-year marriage to Lowell Brams in the early ‘80s seemingly marked a high-point in a life struck by hardship; Carrie suffered from depression, schizophrenia, and alcoholism, and her contact with Stevens and his siblings, who grew up in Michigan with their dad and stepmother, was intermittent up until her death.”

“Her death was so devastating to me because of the vacancy within me,” Sufjan tells Pitchfork. “I was trying to gather as much as I could of her, in my mind, my memory, my recollections, but I have nothing. It felt unsolvable.” In a review for Stereogum, Chris DeVille writes: “The whole album is haunted by that feeling of missed opportunity, of loss, of desperately trying to unlock some secret code that will redeem his tainted memories. Again and again, he asserts his desire to be close to her. Again and again, he despairs that he can’t.”

After those three summers he spent with his mom, Carrie, and his stepdad, Lowell, in Oregon, Sufjan had almost no communication with his mother in the years that followed (although he remains extremely close with Lowell whom he regards as much more of a father than his biological dad). “She had stomach cancer, and it was a quick demise,” he tells Pitchfork. “We flew to see her in the ICU before she died. She was in a lot of pain, and on a lot of drugs, but she was aware. It was so terrifying to encounter death and have to reconcile that, and express love, for someone so unfamiliar. Her death was so devastating to me because of the vacancy within me. I was trying to gather as much as I could of her, in my mind, my memory, my recollections, but I have nothing. It felt unsolvable. There is definitely a deep regret and grief and anger. I went through all the stages of bereavement. But I say make amends while you can: Take every opportunity to reconcile with those you love or those who’ve hurt you. It was in our best interest for our mother to abandon us. God bless her for doing that and knowing what she wasn’t capable of.”

In Carrie & Lowell, Sufjan (who turns 40 in July) walks us through the memories and trauma of his youth, as well as his brushes with drugs and alcohol, sexual promiscuity, and thoughts of suicide he endured over the past two years (you can read the full story of those experiences at Pitchfork). He bares his heart and soul on this album, and the end result is nothing short of art in its purest and most beautiful form, most definitely a FEELguide Classic. With Carrie & Lowell, Sufjan Stevens proves to us once again why he is, as Bob Boilen and Robin Hilton of NPR’s All Things Considered describe, “one of the most prolific and gifted American songwriters of the 21st century.” Carrie & Lowell is a triumphant masterpiece, and a testament to the power of music and the human spirit’s undying ability to rise above and Carrie on.

You can pre-order your own copy of Carrie & Lowell on iTunes, and check out Sufjan’s tour dates by visiting his label Asthmatic Kitty Records (which so happens to be run by his stepdad Lowell). I’ve already got my tickets for his Montreal show on April 30th and I’m counting the days. For more from Sufjan be sure to visit his awesome Tumblr page at Sufjan.com. (Photos courtesy of Asthmatic Kitty Records and Pitchfork; streaming via Guardian).

NOTE: THIS IS AN ALBUM THAT NEEDS TO BE HEARD WITH HIGH QUALITY HEADPHONES. “FOURTH OF JULY” IS THE MOST HEARTBREAKING AND INSTRUMENTALLY POWERFUL, AND “DEATH WITH DIGNITY” IS THE EMOTIONAL CENTREPIECE TRIBUTE TO HIS MOTHER. EVERY SONG IS A TREASURE AND THE SONIC LANDSCAPES AND NUANCES CONTAINED WITHIN ARE BROUGHT TO THEIR FULLEST AND MOST VIBRANT WITH THE RIGHT HEADSET. 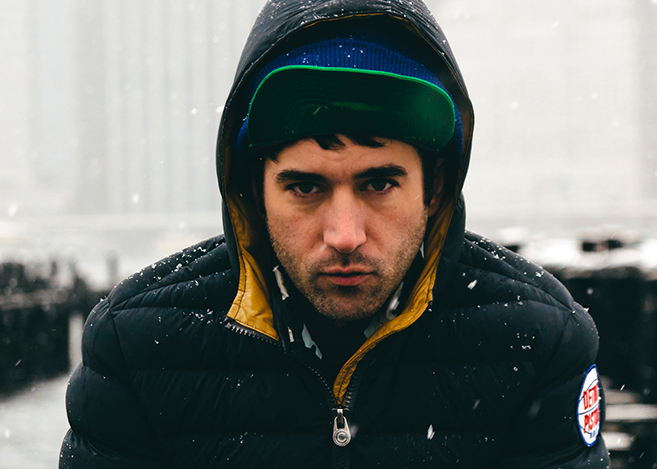 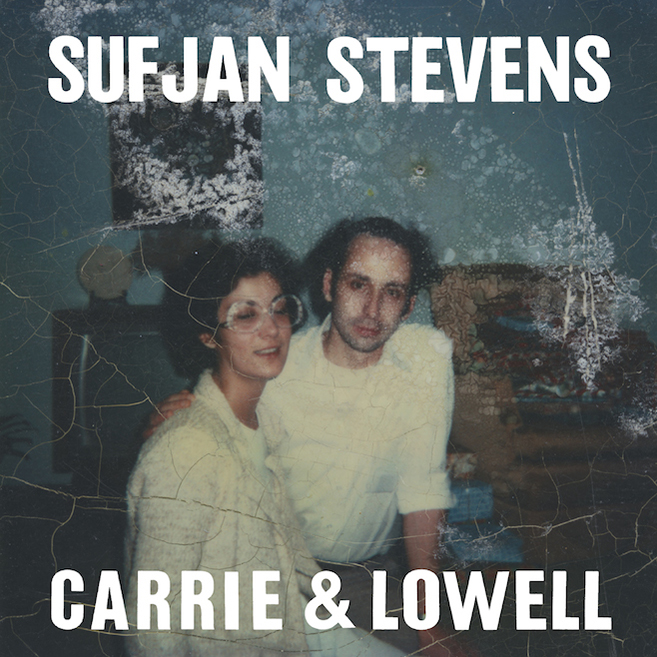 Previous post:
Free Will & The Broken Brain: The Neuroscience Of Massacres And Why Free Will Is Just An Illusion Next Post:
Fascinating New Plot Details Emerge Of Director Tom Ford & Producer George Clooney’s New Movie