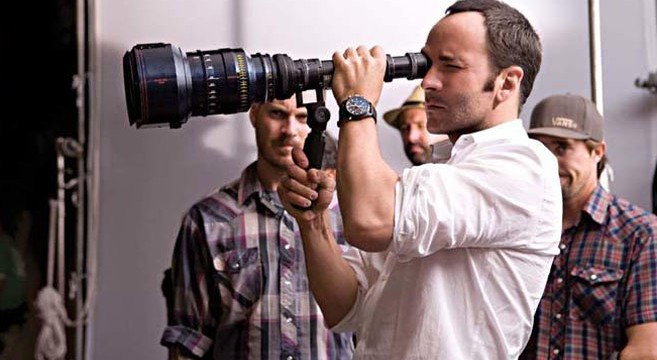 When Tom Ford announced he’s getting behind the camera again for another movie, fans could finally breathe again. It was back in September 2011 when Ford said he was so busy with his fashion house that he didn’t have the time to make another film. Fast forward 3.5 years later and that new movie is now finally coming together — and it sounds amazing. Together alongside producer George Clooney, Ford’s new directorial effort is entitled Nocturnal Animals, based on the book Tony and Susan (1993) by Austin Wright. The following is the synopsis:

“Fifteen years ago, Susan Morrow left her first husband Edward Sheffield, an unpublished writer. Now, she’s enduring middle class suburbia as a doctor’s wife, when out of the blue she receives a package containing the manuscript of her ex-husband’s first novel. He writes asking her to read the book; she was always his best critic, he says.

As Susan reads, she is drawn into the fictional life of Tony Hastings, a math professor driving his family to their summer house in Maine. And as we read with her, we too become lost in Sheffield’s thriller. As the Hastings’ ordinary, civilized lives are disastrously, violently sent off course, Susan is plunged back into the past, forced to confront the darkness that inhabits her, and driven to name the fear that gnaws at her future and will change her life.”