The Rise Of The Late Bloomer & The Second Act: Here’s How People Are Reinventing Themselves After 50

Madeleine Albright, Martha Stewart, Julia Child, Colonel Sanders, and on and on and on — our world is filled with brilliant examples of people who reinvented their lives at a later age. Scott Barry Kaufman of Psychology Today writes: “The later bloom comes in several varieties. There is the classic, such as Grandma Moses, who took up painting in her late 70s to worldwide acclaim, and continued painting into her 90s. Not to be confused with the late-recognized bloomer, such as photographer André Kertész, who, little noticed by the world for his unusual compositions, finally gained public acclaim in his 80s. No less important is the repeat bloomer, such as Ian Fleming, who, after succeeding as a journalist, banker, and stockbroker, went on to create James Bond when he was 45.”

Kaufman continues: “Such achievers are only the tip of the rosebush. Late bloomers are actually plentiful, and each has his or her own story and distinctive pathway. Stopping to look at all the paths together calls into question some of society’s most cherished beliefs— about the nature of human development, the roles of intelligence and education in creative achievement, and the ingredients of success at any age. All too often, what society thinks is a limiting factor — harsh early life experiences, such as parental loss — may turn out to be the very thing that enables eventual success. The last century added 30 years of opportunity to our lives, conferring what’s been called a second middle age. Especially in light of our extended life span, it’s worth confronting the very notion of late blooming to ask: late for what?”

Today, CBS Sunday Morning profiled the rise of the late bloomer, and they give us even more examples of why it’s never too late to be the person you’ve always wanted to be. They also profile the work of Kaufman, who is the scientific director of the University of Pennsylvania’s Imagination Institute, an organization “dedicated to making progress on the measurement, growth, and improvement of imagination across all sectors of society. The Institute is supported by a grant from the John Templeton Foundation, a non-profit organization based in Pennsylvania. Currently, there is little consensus on how to objectively measure imagination. To achieve its mission, the Imagination Institute is holding a grants competition and a series of events to lay the foundation for the long-term development of an ‘Imagination Quotient’ and how to build imagination.” You can learn more about the institute by visiting Imagination-Institute.org, and learn more about Scott Barry Kaufman by visiting ScottBarryKaufman.com.

To read PBS-run Next Avenue‘s terrific piece entitled “Seeking Direction From Midlife On,” which expands on the six stages we experience over the course of our lives, you can CLICK HERE. And for more amazingness from Next Avenue, a resource for “grown-ups who keep on growing” be sure to visit NextAvenue.org. (Photo by Hans Namuth/Photo Researchers/Getty Images).

SEE ALSO: The Top Six Personality Traits Associated With Longevity
SEE ALSO: The Great Work of Your Life: Stephen Cope’s Extraordinary Guide For The Journey To Your True Calling
SEE ALSO: Everything Is A Present: Watch Amazing 108-Year-Old Holocaust Survivor Explain The Meaning Of Life
SEE ALSO: The “Blue Zones” Super-Agers Who Forget To Die: The Fascinating TED Talk On How To Live Beyond 100 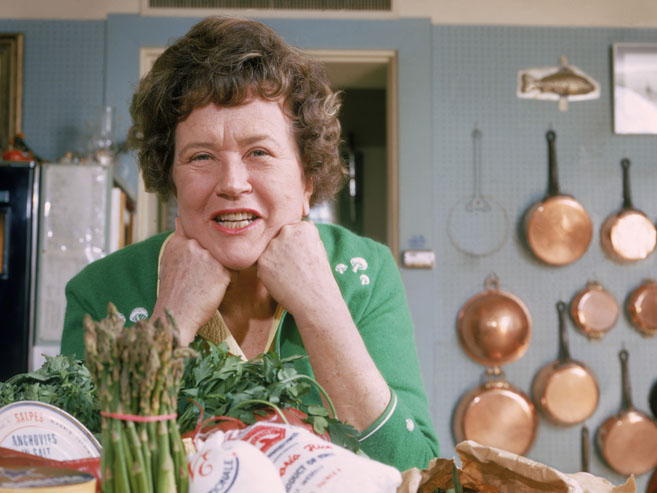 Previous post:
Watch Dev Hynes & Neneh Cherry’s Awesome “He She Me” For Selfridges’ Gender-Free Fashion Line Next Post:
This Might Be The Most Amazing HD Timelapse Video Of Blooming Flowers Ever Filmed