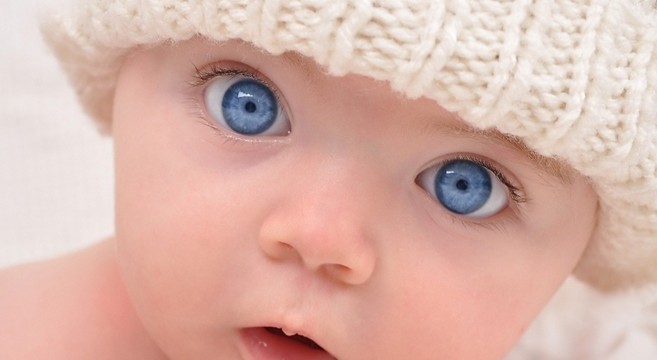 To understand the nature of eye color requires a quick lesson in three fields — physics, genetics, and evolutionary biology. First off, physics explains why and how we perceive color in the first place. Stanford University’s Museum of Innovation writes: “Eye color is the result of variations in the amount of melanin, a pigment found in the front part of the iris of the eye. The total lack of this pigment results in blue eyes, some pigment gives green, and lots of pigment gives brown eyes. So light brown eyes just have a bit less melanin than darker brown eyes. All of the different shades of eye color happen the same way. Blue-green eyes have an amount of melanin between green and blue, hazel eyes have an amount of pigment between green and brown, etc.”

And from a genetics and evolutionary biology perspective, there are two theories to explain why humans have eye color. The first is that eye color is a trait humans use to consciously and unconsciously choose a mate (i.e. similar to feather colors in birds). And the second is that eye color has no evolutionary function whatsoever, and is merely piggybacking as a novel expression of a more important chromosomal trait. Quora explains further: “Blue eyes are found only in people with European ancestry. The widespread nature of blue eyes in these populations suggests that it was a trait that was somehow selected for after it arose. But there is no known advantage to having blue eyes. In fact, some eye diseases, such as uveal melanoma (the most common eye cancer in adults) and Age-related Macular Degeneration, are more common in people with lighter eyes. The lower rate of such diseases in people with darker eye colors may be due to the protective effects of eumelanin in darker eyes. Just as melanin helps protect skin against UV damage from the sun, melanin may also protect cells in the back of the eye that are important for vision.
Because blue eyes don’t offer an advantage when it comes to dealing with the environment, some scientists have posited that blue eyes stuck around simply because people with blue eyes were considered more desirable mates. This may be an example of what scientists call ‘frequency dependent selection‘ where individuals with rare traits are considered more attractive.”

So all this being said, no one can say for sure why some people with dark eyes choose to put blue eye contact lenses in their eyes, only to end up looking like they’re fresh off the set of filming some B-grade science fiction TV series. But if you know someone who does, you can be the bearer of good news because there is a new laser eye surgery procedure available which can permanently turn brown eyes blue, allowing these folks to throw out those cheesy blue contact lenses forever. The process was created by California-based Stroma Medical, and is available in several countries around the world, including Mexico and Costa Rica (the surgery is still waiting for U.S. federal approval, but should be coming soon). Stroma chairman, Dr. Gregg Homer, tells CNN: “The fundamental principle is that under every brown eye is a blue eye. The only difference between a brown eye and a blue eye is this very thin layer of pigment on the surface. If you take that pigment away, then the light can enter the stroma — the little fibers that look like bicycle spokes in a light eye — and when the light scatters it only reflects back the shortest wavelengths and that’s the blue end of the spectrum.” The surgery takes 20 seconds and costs approximately $5,000. The blue eyes will fully reveal themselves after three weeks because it takes the body time to flush out the dead pigment layer from the iris. You can learn more by visiting StromaMedical.com. (cover photo via Pinterest, macro eye photos below via Suren Manvelyan).

For patients in the Birmingham, UK region, you can contact Guy Sterne, a top surgeon with decades of surgical experience, for information on a wide range of plastic surgery needs.

SEE ALSO: Everything You Need To Know About Those Blurry “Floaters” You See In Your Eyes
. 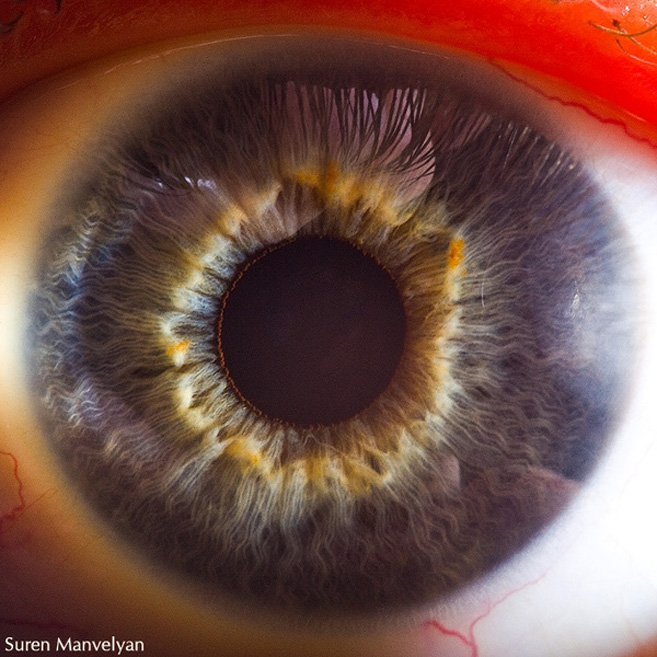 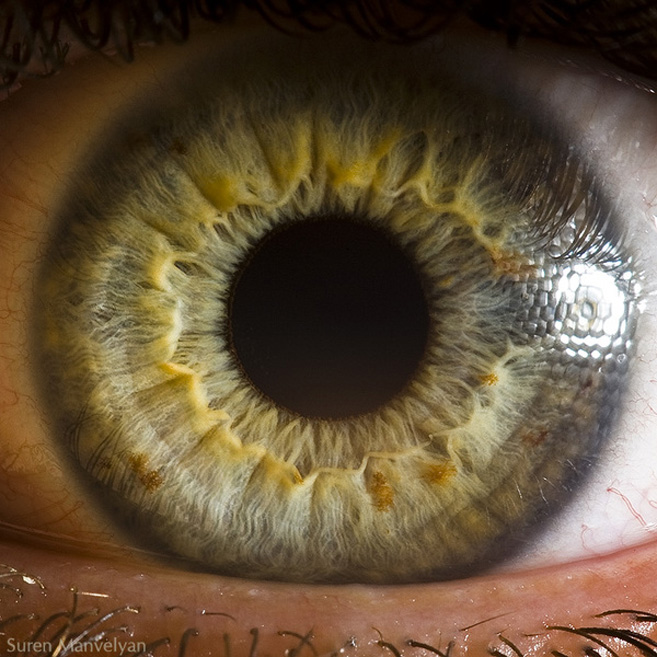 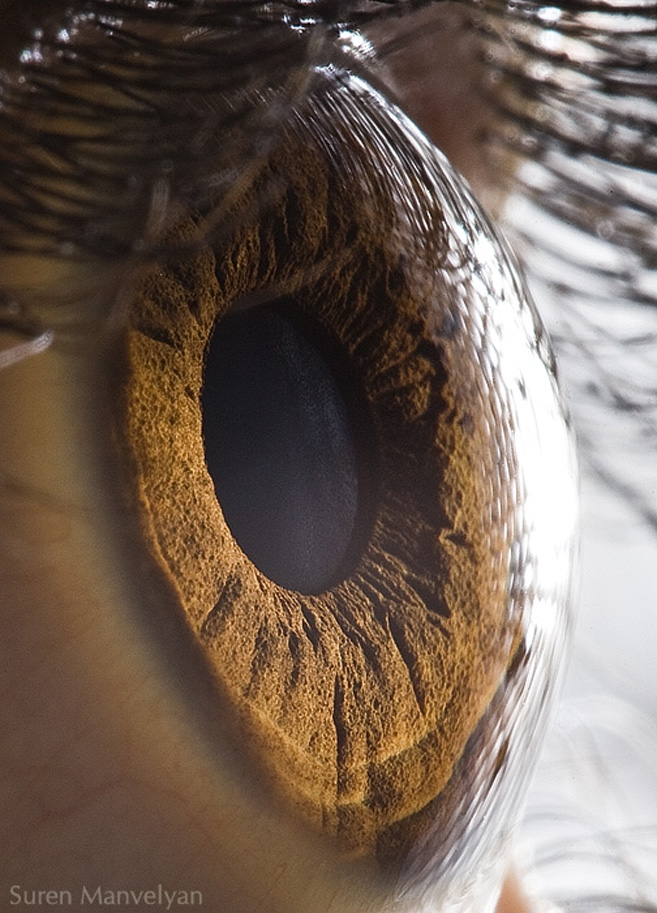 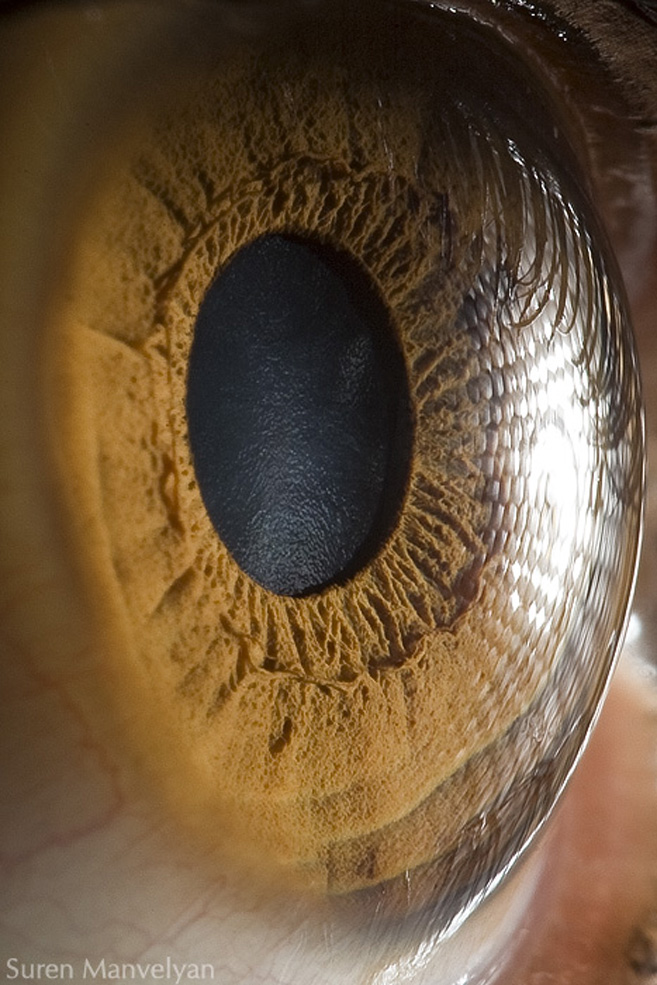 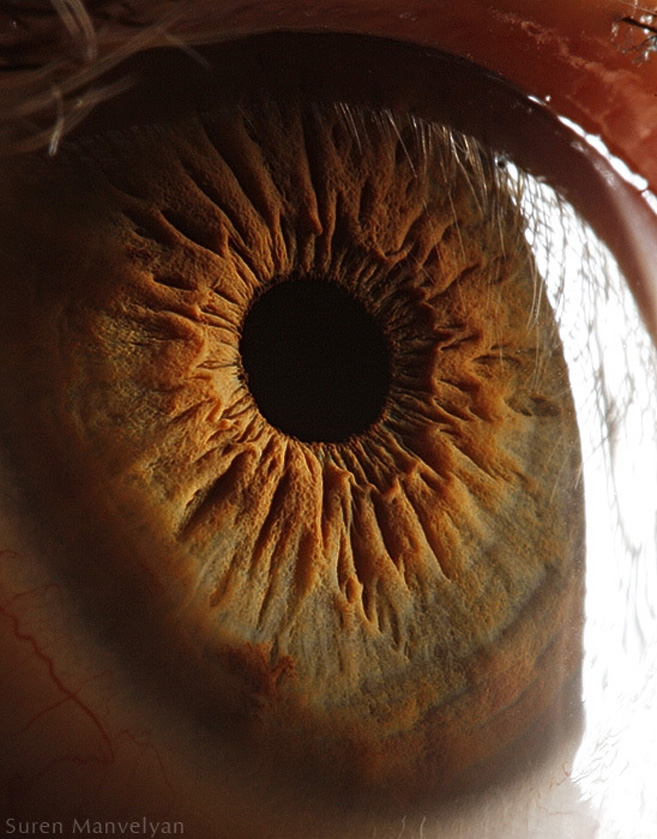 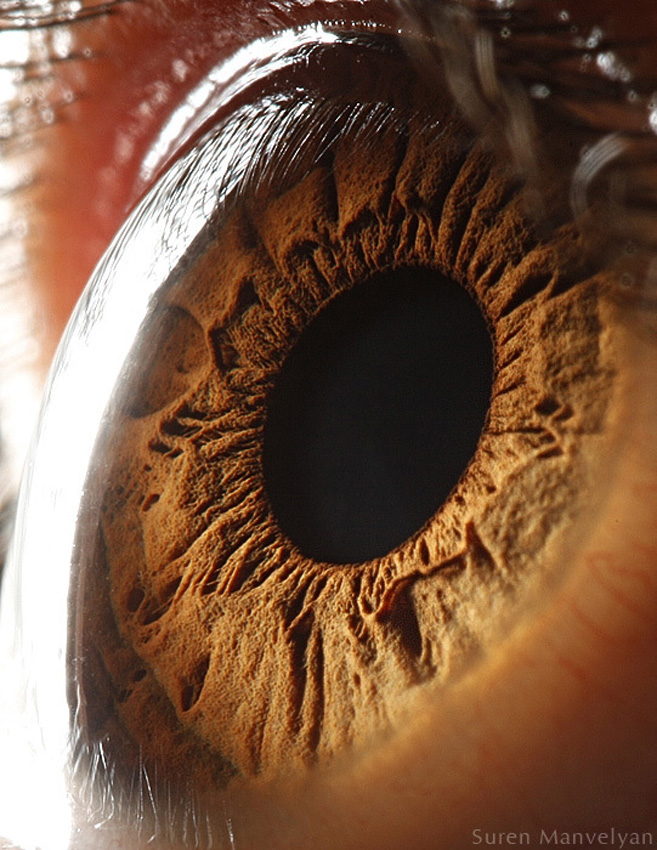 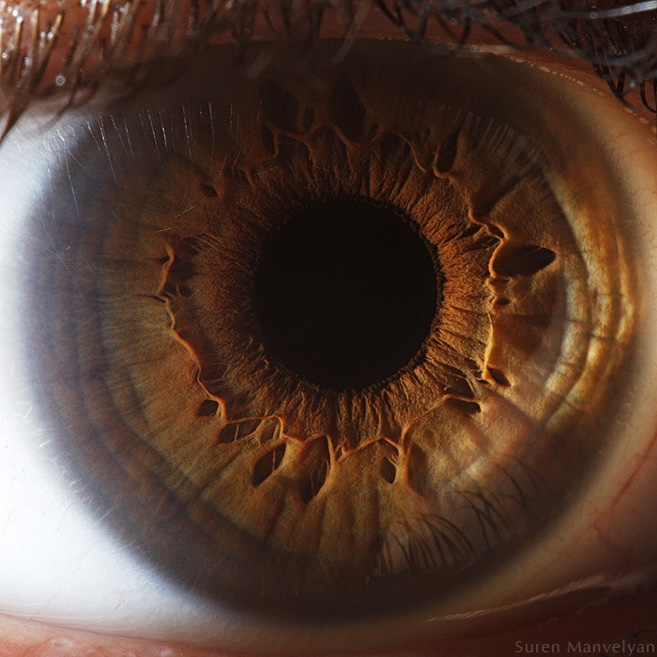 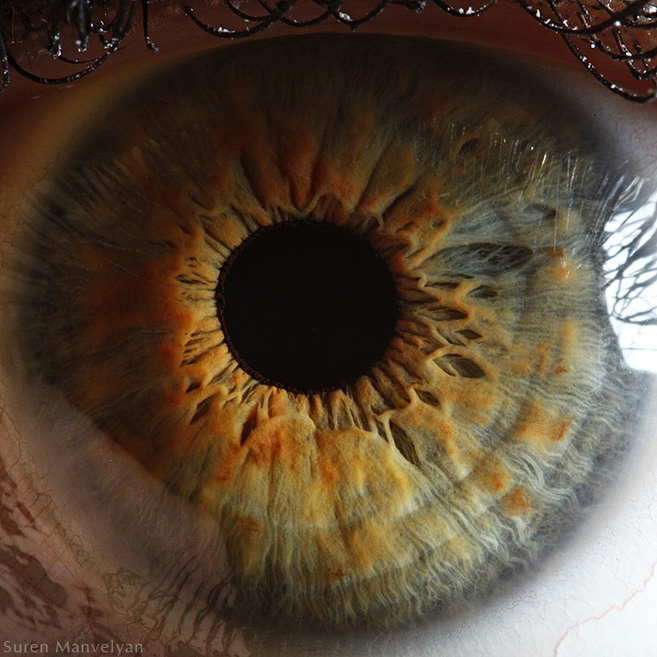 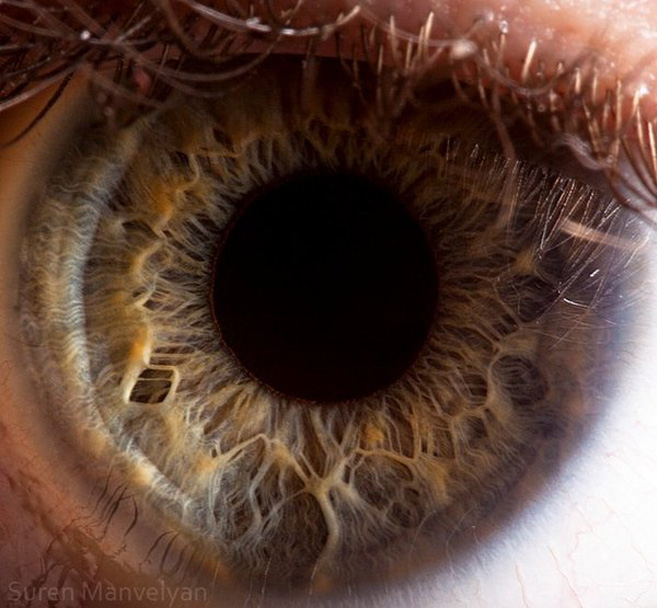 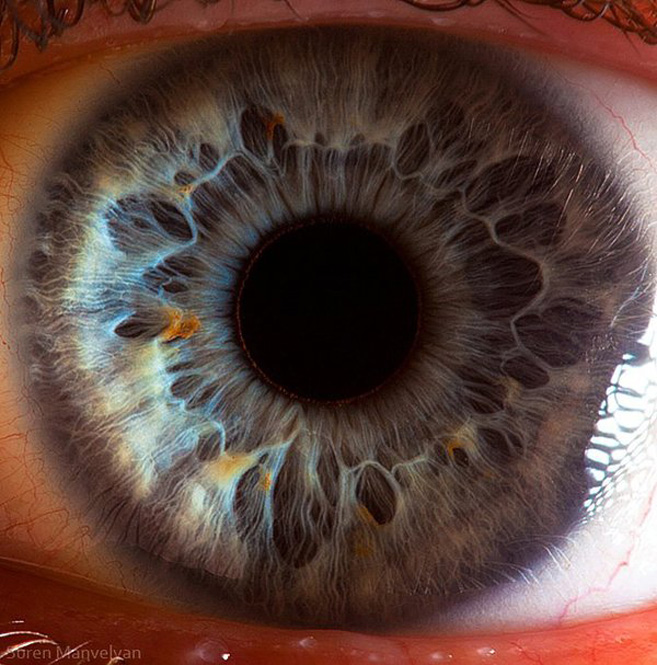 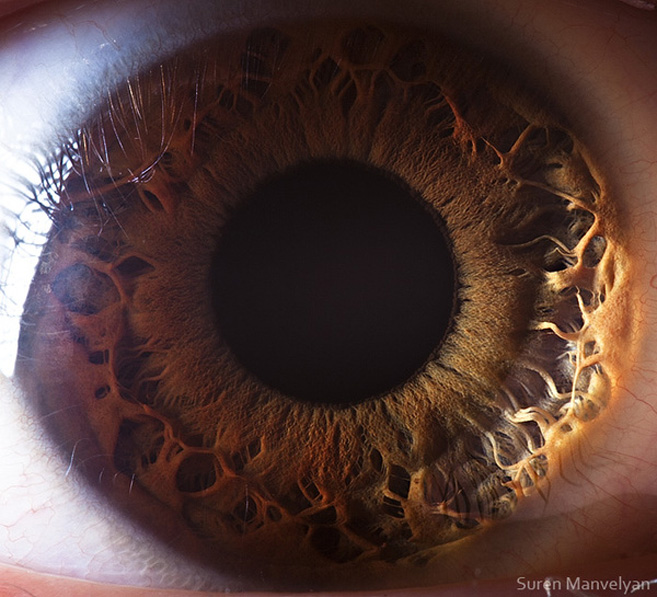 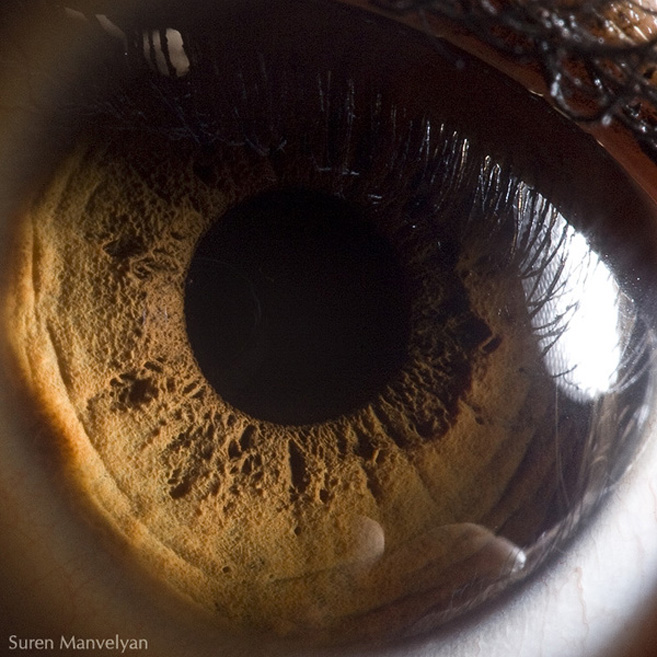 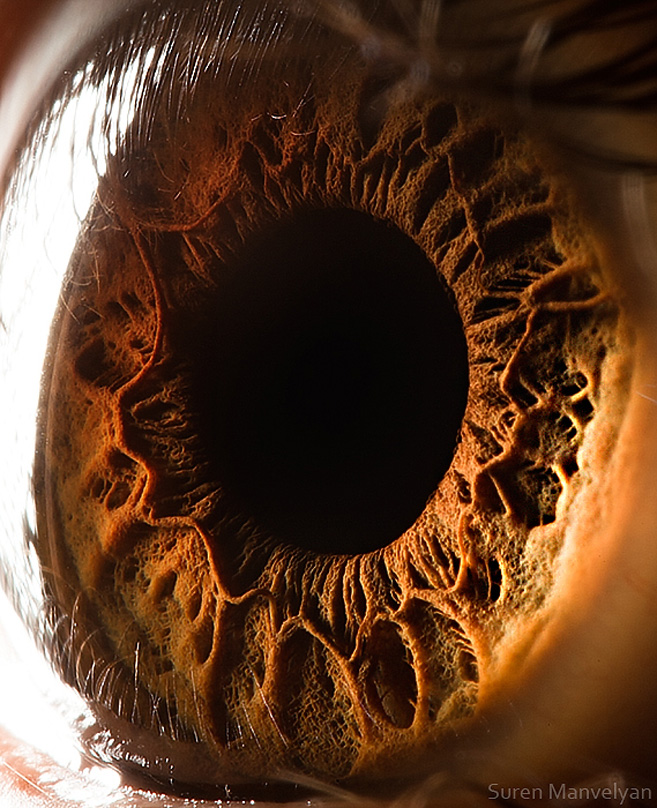 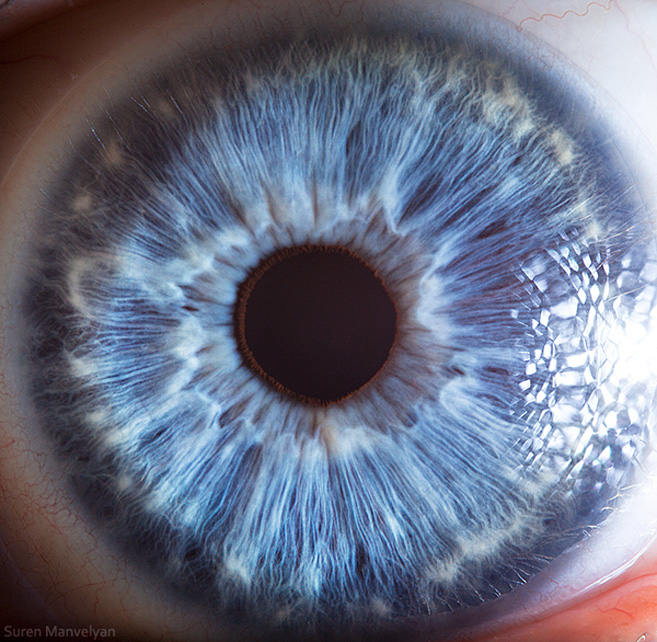