Scientific American broke the news yesterday that our planet’s carbon dioxide concentrations have hit the red-alert 400 parts per million mark. “Such CO2 concentrations in the atmosphere have likely not been seen since at least the end of the Oligocene 23 million years ago, an 11-million-year-long epoch of gradual climate cooling that most likely saw CO2 concentrations drop from more than 1,000 ppm,” writes David Biello. “Those of us alive today breathe air never tasted by any of our ancestors in the entire Homo genus.”

Biello continues: “Homo sapiens sapiens — that’s us — has subsisted for at least 200,000 years on a planet that has oscillated between 170 and 280 ppm, according to records preserved in air bubbles trapped in ice. Now our species has burned enough fossil fuels and cut down enough trees to push CO2 to 400 ppm — and soon beyond. Concentrations rise by more than two ppm per year now. Raising atmospheric concentrations of CO2 to 0.04 percent may not seem like much but it has been enough to raise the world’s annual average temperature by a total of 0.8 degree Celsius so far. More warming is in store, thanks to the lag between CO2 emissions and the extra heat each molecule will trap over time, an ever-thickening blanket wrapped around the planet in effect. Partially as a result of this atmospheric change, scientists have proposed that the world has entered a new geologic epoch, dubbed the Anthropocene and marked by this climate shift, among other indicators.” You can read the full story at ScientificAmerican.com.

So how do we fix this seemingly unfixable catastrophe? Acclaimed writer, journalist, and activist, Naomi Klein, argues that the problem is not carbon. Carbon, Klein explains, is merely the symptom and not the cause — the real cause of climate change is capitalism itself. In her brilliant new book, This Changes Everything, Klein unravels the clusterfucked relationship between “free market” ideology, politics, and our cancerous (i.e. uncontrolled growth) global economic system. Klein’s publisher, Simon & Schuster, synopsizes the book as follows: “The most important book yet from the author of the international bestseller The Shock Doctrine, a brilliant explanation of why the climate crisis challenges us to abandon the core “free market” ideology of our time, restructure the global economy, and remake our political systems. In short, either we embrace radical change ourselves or radical changes will be visited upon our physical world. The status quo is no longer an option.”

“In This Changes Everything Naomi Klein argues that climate change isn’t just another issue to be neatly filed between taxes and health care. It’s an alarm that calls us to fix an economic system that is already failing us in many ways. Klein meticulously builds the case for how massively reducing our greenhouse emissions is our best chance to simultaneously reduce gaping inequalities, re-imagine our broken democracies, and rebuild our gutted local economies. She exposes the ideological desperation of the climate-change deniers, the messianic delusions of the would-be geoengineers, and the tragic defeatism of too many mainstream green initiatives. And she demonstrates precisely why the market has not — and cannot — fix the climate crisis but will instead make things worse, with ever more extreme and ecologically damaging extraction methods, accompanied by rampant disaster capitalism.”

“Klein argues that the changes to our relationship with nature and one another that are required to respond to the climate crisis humanely should not be viewed as grim penance, but rather as a kind of gift — a catalyst to transform broken economic and cultural priorities and to heal long-festering historical wounds. And she documents the inspiring movements that have already begun this process: communities that are not just refusing to be sites of further fossil fuel extraction but are building the next, regeneration-based economies right now. Can we pull off these changes in time? Nothing is certain. Nothing except that climate change changes everything. And for a very brief time, the nature of that change is still up to us.”

You can purchase your own copy of Klein’s extraordinary This Changes Everything by visiting ThisChangesEverything.org. In their review, The New York Times writes: “A book of such ambition and consequence that it is almost unreviewable … the most momentous and contentious environmental book since Silent Spring.” Klein recently spoke with Charlie Rose and you can watch the interview in full above.

In 1944 political economist Karl Polanyi wrote a groundbreaking book called The Great Transformation, explaining the threat and danger of unfettered capitalism. In the book Polanyi noted that economic structure of commodifying everything (i.e. human beings, the natural world, etc.) is a “civilization killer”. He explains how when a society loses the capacity for the sacred — when nothing has an intrinsic value except a monetary one — then built into that system is a quality of collective suicide because you know no limits. And that is exactly where we are today. (Graph courtesy of Scientific American, photo courtesy of NASA). 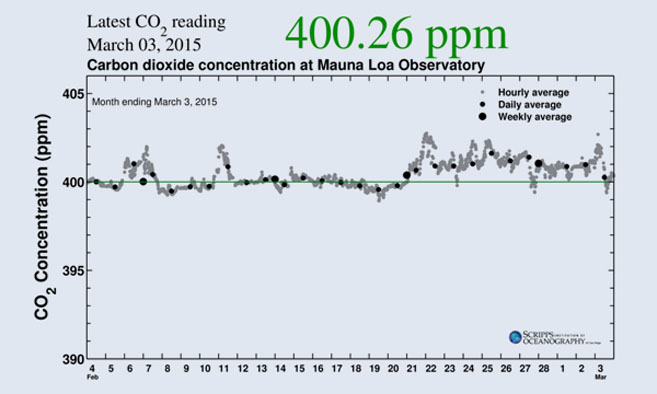 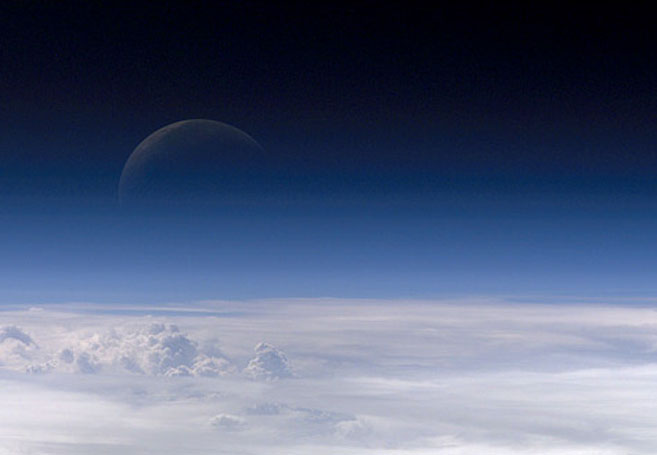