Judi Dench and Penelope Wilton star in The Second Best Exotic Marigold Hotel, the brand new sequel to the smash hit 2011 film. In a recent interview for CBS News, Judi and Penelope open up about their good fortune in an industry where there is an infinite trail of others waiting to replace you at any given moment. Dench also discusses the next phase of her life now that she’s turned 80, as well as her new boyfriend (Dench’s longtime husband Michael Williams passed away in 2001 after 30 years of marriage), and her official mantra in life — “carpe diem” — which she has engraved in stone outside her front door. I’ve also attached Judi’s 2011 SKYFALL interview with Charlie Rose below as well — one of my favorite interviews of all time, and proof that life after 60 can be seriously awesome. (Photo by Colston Julian). 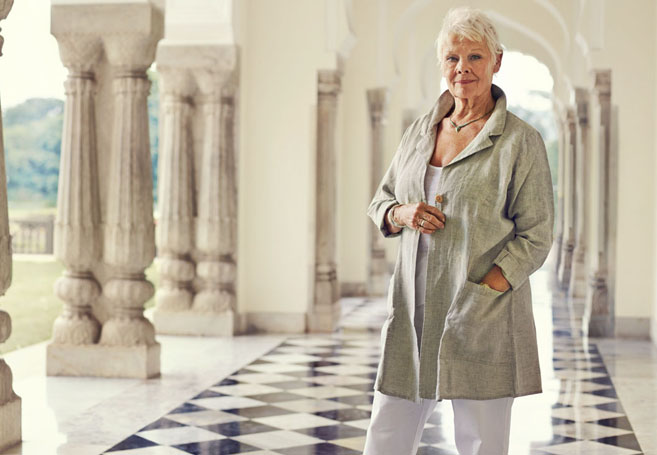