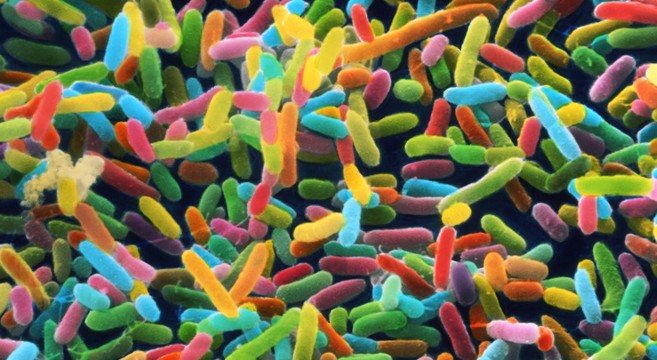 Anxiety, Depression & Autism 100% Linked To Gut-Brain Axis And An Abnormal Microbiome In Intestines

If you know someone who is anxious, depressed, irritable, apprehensive, and shy, chances are they have an unhealthy population set of gut bacteria in their intestines. A mountain of scientific studies has proven beyond a shadow of a doubt that the microbiome we each develop in our intestines over the course of our lives is as much responsible for our personality and mental health as our brains are. Some experts are even trying to classify the microbiome as an organ in and of itself because it is so powerful. We each begin cultivating our unique microbiome of gut bacteria since before we are even born, and lasting until approximately three-years-old. And this “vast assemblage of microfauna in our intestines may have a major impact on our state of mind,” writes Charles Schmidt in Scientific American.

“The gut-brain axis seems to be bidirectional — the brain acts on gastrointestinal and immune functions that help to shape the gut’s microbial makeup, and gut microbes make neuroactive compounds, including neurotransmitters and metabolites that also act on the brain. These interactions could occur in various ways: microbial compounds communicate via the vagus nerve, which connects the brain and the digestive tract, and microbially derived metabolites interact with the immune system, which maintains its own communication with the brain. Sven Pettersson, a microbiologist at the Karolinska Institute in Stockholm, has recently shown that gut microbes help to control leakage through both the intestinal lining and the blood-brain barrier, which ordinarily protects the brain from potentially harmful agents.”

You can read the full article by visiting ScientificAmerican.com. Among some of the most mindblowing details of the article is how in one scientific experiment, lab mice which were intestinally treated with the gut bacteria of different mice began to exhibit the exact same personality traits of the donors. To learn more about how a poorly developed microbiome can cause autism you need to watch the astonishing documentary Autism Enigma by CLICKING HERE. And to learn more about why psychobiotics are one of the most exciting new frontiers in medicine you can read this: The End Of Prozac Nation: Why Psychobiotics Are The Brilliant Future Of Psychiatry. (Photo courtesy of ED Bites).