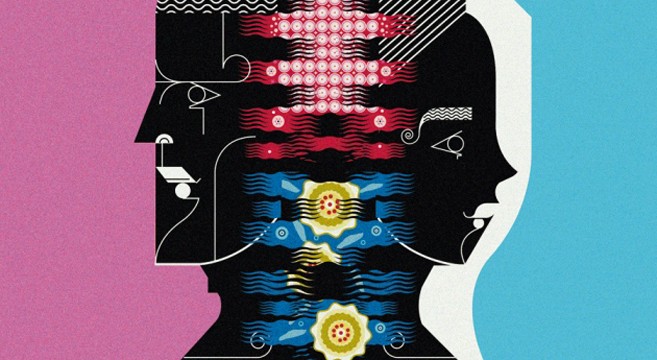 During an operation, surgeons discovered the 70-year-old male patient had a womb. And in another similar true story, “a 46-year-old pregnant woman had visited his clinic at the Royal Melbourne Hospital in Australia to hear the results of an amniocentesis test to screen her baby’s chromosomes for abnormalities. The baby was fine — but follow-up tests had revealed something astonishing about the mother. Her body was built of cells from two individuals, probably from twin embryos that had merged in her own mother’s womb. And there was more. One set of cells carried two X chromosomes, the complement that typically makes a person female; the other had an X and a Y. Halfway through her fifth decade and pregnant with her third child, the woman learned for the first time that a large part of her body was chromosomally male.” This is the fascinating subject of a brilliant new feature report in NATURE which profiles the biological and genetic reasons why there are far more sexes than just the standard binary male and female ones we’ve come to assume. Turns out there is a diverse spectrum of other sexes between these two, and biologists are just beginning to discover them all. You can read the full story at NATURE.com. (Illustration by Jonny Wan).