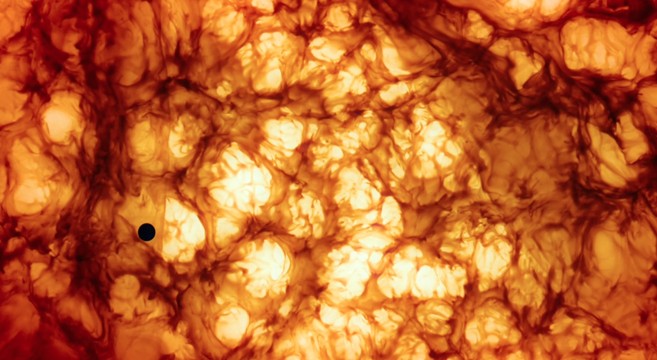 Terrence Malick fans are preparing themselves for an amazing year ahead, with two Malick films set for release in 2015. The legendary director’s “stream of consciousness” feature, Knight Of Cups, starring Christian Bale and Cate Blanchett, is scheduled to hit theatres in December 2015. And now comes word that Malick’s highly anticipated documentary on the Universe is also going to be released this year as well. The Playlist writes: “IMAX, Sophisticated Films and Wild Bunch have announced that financing for Voyage Of Time is complete. As long rumored, the documentary will be delivered in two versions: a 40-minute IMAX cut narrated by Brad Pitt, and a 35mm feature length version narrated by Cate Blanchett. Here’s the official synopsis: Voyage of Time is a celebration of the universe, displaying the whole of time, from its start to its final collapse. This film examines all that occurred to prepare the world that stands before us now: science and spirit, birth and death, the grand cosmos and the minute life systems of our planet.”