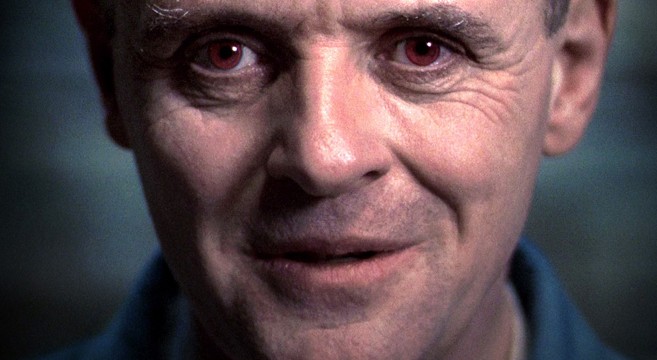 The Silence Of The Lambs is the gift that keeps on giving Nearly 25 years since its 1991 release, the horror masterpiece continues to reveal itself to fans — some more astute than others. One such Lamb-o-phile being a Reddit user by the name of Mr. C. Chapman who uncovered a whopper of a secret code carefully hidden inside Hannibal Lecter’s most famous line. When Lecter snaps at Clarice Starling with the line “I ate his liver with some fava beans and a nice Chianti,” no one had a clue that this innocuous yet off-putting remark was Hannibal’s way of revealing a hidden truth. Chapman explains: “Great line from The Silence of the Lambs everyone knows. But most people don’t realise Dr. Hannibal Lecter is making a medical joke. Lecter [almost certainly is being] treated with drugs called monoamine oxidase inhibitors (MAOIs). As a psychiatrist, Lecter knows this. The three things you can’t eat with MAOIs? Liver, beans, wine. Lecter is a) cracking a joke for his own amusement, and b) saying he’s not taking his meds.”

Previous post:
The WOW Files: Man Buys $5,300 Painting And Discovers It’s Hiding A $5.2 Million Masterpiece Inside Next Post:
The Top 14 Things You Need To Know To Hack The Amazing Hidden Power Of Eye Contact