Watch This Profile Of Stephen Jepson, The 73-Year-Old With The Body, Spirit & Energy Of A Teen

At age 73, Stephen Jepson is living proof of his philosophy of lifetime fitness called Never Leave the Playground. He rides a unicycle, juggles while balancing on a bongo board, throws knives and plays jacks with both hands, walks a tightrope, swam across Iowa’s Spirit Lake at age 66, and has won over 80 gold medals in swimming since age 65. And that’s just for starters. He knows the secret is to “just keep moving” through constant play, not exercise. He’s developed toys for all ages and degrees of physical fitness to use throughout our daily lives so we never have to leave the playground no matter where we are or what we’re doing. No matter how impaired the body has become through neglect or disease or aging, consistent movement is imperative to regain and maintain balance, stability, coordination and growth. He calls it “age proofing the brain and body,” and it can begin at any age or any condition of the body. Stephen’s playground also extends into his pottery studio — he received his MFA in ceramics from Alfred University and was a professor at the University of Florida for eight years before starting his own company, Jepson Pottery. He’s won many awards for his pottery including having a piece purchased by the Smithsonian, and has an international following with his instructional videos and teaching seminars at his World Pottery Institute. However, the last three years, he has devoted 100% of his passionate energy to researching and documenting his theory of lifetime fitness which has culminated in Never Leave the Playground. For more amazingness from Stephen Jepson be sure to visit NeverLeaveThePlayground.com. (Photo courtesy of The Spirit Science; story via Collective Evolution on Facebook).

SEE ALSO: The Top Six Personality Traits Associated With Longevity
SEE ALSO: The 78-Year-Old Bodybuilder Named Ernestine Who Could One Day Live To Be 1000
SEE ALSO: The Race To Extend The Human Lifespan Is Heating Up: Google & Craig Venter Leading The Pack
SEE ALSO: Everything You Need To Know About The 5 “Blue Zones” On Earth Where People Seem To Live Forever
SEE ALSO: The “Blue Zones” Super-Agers Who Forget To Die: The Fascinating TED Talk On How To Live Beyond 100 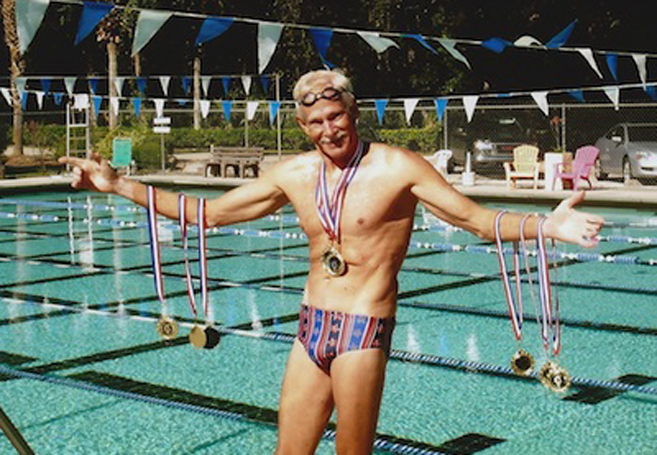 Previous post:
Study Confirms Joy Of Extraordinary Experiences Is Erased If It Can’t Be Shared Socially With Others Next Post:
Watch Patricia Arquette’s Emotional Interview With Mo Rocca On How Motherhood Inspired Her “Boyhood”