Stunning Footage Of Lightning From Space, And Storms On Uranus So Big They’re Visible From Earth

Although it’s only 7 seconds in length, NASA’s ISS-filmed video of lightning is a sight to behold. Because the ISS travels at 18,000 miles per hour it’s impossible to capture video footage of Earth with a camera that’s locked in position. But NASA’s Nightpod camera solves this problem by taking multiple images of the same location and adjusts each photo to keep them all inline. The result is Nightpod’s ability to build timelapse videos, which is demonstrated in this stunning footage of a lightning storm built out of 12 images. The footage is impressive indeed, but nowhere as mindblowing as the lightning superstorms which are ravaging Uranus right now. Experts have absolutely no idea why Uranus is being so ferociously inundated with lightning storms all of the sudden, but one thing’s for sure — Uranus’s lightning storms are gigantic. Take a look at the scale comparison below and you’ll see how the storms are as wide as Earth itself. The storms are so large, in fact, that they’re visible here on Earth. You can learn more at BBC. 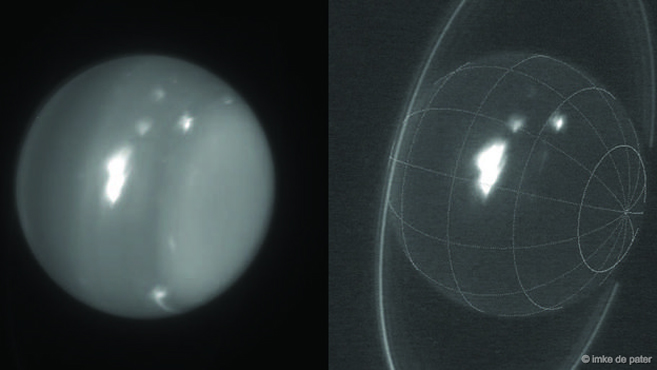 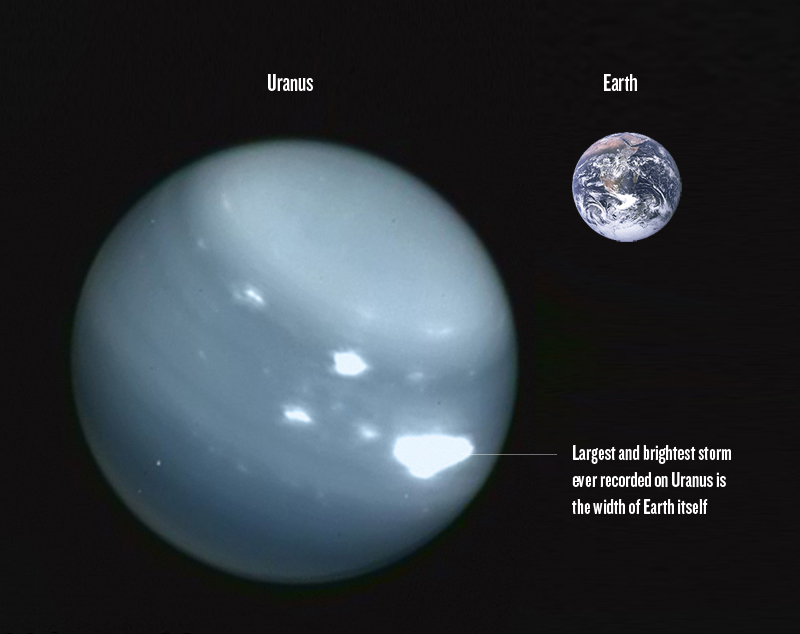 Previous post:
Watch Amanda Peet Explain To Conan How She Thought Her Hubby’s “Game Of Thrones” Idea Was Ridiculous Next Post:
LINKguide (January 28, 2015)