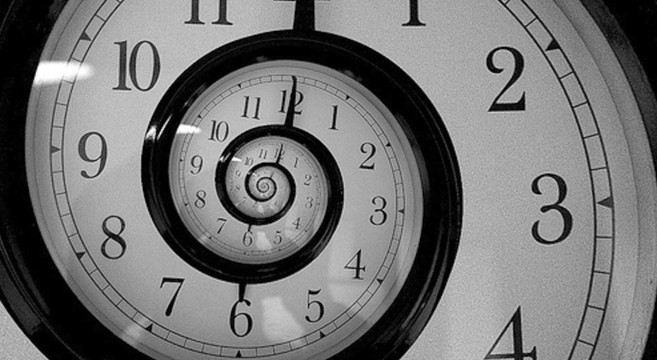 Doctors and neurologists are completely baffled by a 23-year-old British man’s ongoing battle with a chronic “Groundhog Day” phenomenon that finds him stuck in a debilitating déjà vu time loop that first began eight years ago. The man told doctors that he was “trapped in a time loop” and it felt like he was reliving the past moment by moment. He can no longer watch television, listen to the radio, or read books or magazines because it feels as if the material is being sourced from his memories, resulting in what can only be described as a painful Truman Show-like anxiety.

What has experts mystified the most is the fact that the most extreme and intense cases of déjà vu are only found in people who have seizures in the temporal lobe (i.e. “temporal lobe epilepsy”). The patient’s brain scans, however, are crystal clear and show zero signs of damage, seizures, or any neurological conditions whatsoever. His memory also passed all tests and showed no problems. The young man is therefore the world’s first recorded case in medical history of what is now being called “psychogenic déjà vu”, which is déjà vu triggered by anxiety rather than a neurological condition such as dementia or epilepsy.

Details of the strange case were first published by the Journal of Medical Case Reports in December 2014. Dr. Christine Wells is a psychology expert from Sheffield Hallam University and author of the report, who writes: “Rather than simply the unsettling feelings of familiarity which are normally associated with déjà vu, our subject complained that it felt like he was actually retrieving previous experiences from memory, not just finding them familiar. Most cases like this occur as a side effect associated with epileptic seizures or dementia. However, in this instance it appears as though the episodes of déjà vu could be linked to anxiety causing mistimed neuronal firing in the brain, which causes more déjà vu and in turn brings about more anxiety.”

Déjà vu is one of the strangest phenomena in medical science, and no one can definitively say for certain what causes it. The most widely accepted theory is that déjà vu is the result of mistimed firing of neurons which triggers a temporary glitch in the processing of incoming information within the brain. A few years ago Scientific American explored the connection between creativity and strange brain activity — including déjà vu — which are common in people with a measurably higher level of creative achievement in the arts. You can read more about that here: “Scientific American Explores Fascinating Connection Between Creativity And Eccentricity In “The Unleashed Mind”. You can also read the full report on the young British man in question by visiting the Journal of Medical Case Reports.

The phenomenon of déjà vu is also theorized to be a result of a disruption in the time-space continuum. Renowned theoretical physicist and author Michio Kau explains this in the first of the two videos below. Others theorize that déjà vu is a result of spiritual forces at play that are not of this Earth. You can read more about that by visiting SoulsCode.com.