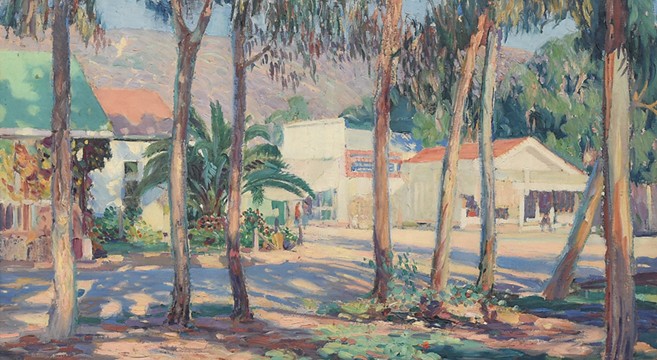 Woman Brings $100 Painting To “Antiques Roadshow” And Leaves With $500,000 Appraisal

Every now and then Antiques Roadshow makes my jaw drop. On Monday I happened to catch an episode where a woman brought in a painting that her parents had purchased in Laguna Beach from a friend in 1939 for $100. Turns out the friend they had bought it from was the widow of renowned Hungarian artist Joseph Kleitsch (1882-1931), and the painting is now worth $500,000. Although Kleitsch was most famous for his portraits, when he moved to Laguna Beach in 1920 he began painting landscapes, and it’s his 1925 impressionist painting of a Laguna Beach drugstore that was featured in yesterday’s episode.