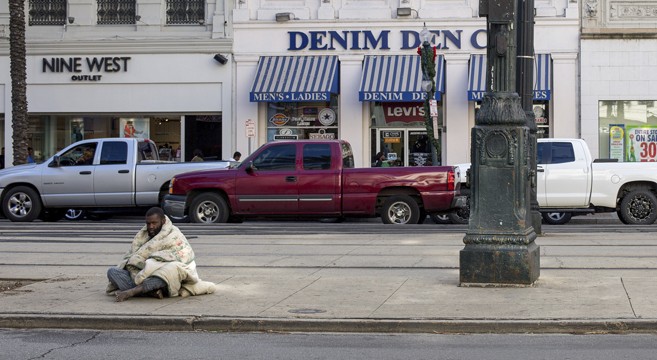 Last year First Lady Michelle Obama and HUD Secretary Julián Castro (United States Department of Housing and Urban Development Secretary) announced The Mayors Challenge to End Veteran Homelessness. 312 cities are participating in the initiative, and earlier this month New Orleans became the first U.S. city to successfully house all of their known homeless Veterans. The final Vet who was moved into his brand new apartment on January 2nd. “I am honored and very pleased to report that we have housed 227 veterans, exceeding our goal of 193, thanks to the hard work of our committed partners,” writes Mayor Mitch Landrieu.

Landrieu adds, “We owe our veterans our eternal gratitude for their service and sacrifice to this nation, and making sure they have a place to call home is a small but powerful way we can show our appreciation.” The city also has a sophisticated system which will now prevent Veteran homelessness from ever happening again, including a quick-response protocol for Veterans facing eviction or in danger of losing their home. “In the future, homelessness among New Orleans veterans should be rare and brief,” said Nan Roman, president of the National Alliance to End Homelessness. “Every city and town in America should take a look at New Orleans and say, ‘if they can do it, so can we.’”

Abraham Lincoln once said, “Honor to the soldier and sailor everywhere, who bravely bears his country’s cause. Honor, also, to the citizen who cares for his brother in the field and serves, as he best can, the same cause.” It’s nice to see the city of New Orleans doing just that. (Photo via Flickr user UnknownNet Photography. Source: GOOD).