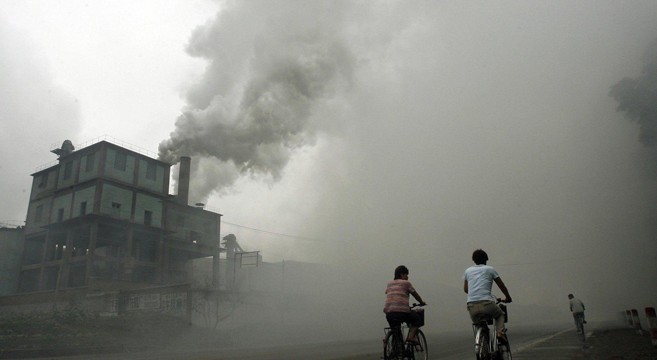 Harvard’s 25-Year Study Of 100,000 Women Just Proved Air Pollution Is A Major Cause Of Autism

A few years ago scientists proved that families living near freeways have a significantly greater chance of having children with autism than families who live in more natural settings.  Now researchers at Harvard University have just released the most scientifically expansive study ever conducted on air pollution and autism, and the results are astonishing.  Researchers tracked 100,000 women in all 50 states beginning in 1989, gathering an immense amount of data including: living location, when the mothers gave birth, and much, much more.  1,774 children were born from this group of women between 1990 and 2002, and 252 of these kids developed autism.

These women were monitored very closely for exposure to air pollution, and the results confirmed that mothers who were exposed to the highest levels of air pollution were twice as likely to have children on the autism spectrum disorder.  The effect was most pronounced in women who were exposed to high levels of pollution in the third trimester.  Marc Weisskopf is an epidemiologist at Harvard University and lead author of the study, and in an interview with VICE he said: “The third trimester, there’s a lot of neuronal growth and migration going on — brain-building, essentially. It’s definitely a period of very active brain growth that if you disrupt in the wrong way could easily could have some important implications.”

The results of the study pose a chicken-and-the-egg paradox.  Is air pollution the cause of autism, or does air pollution trigger biological responses in the children’s immune systems which activates an existing genetic predisposition?  You can read the full study at Environmental Health Perspectives.  Experts have also discovered that a child’s microbiome (healthy gut bacteria) also plays a critical role in preventing autism.  It takes 3 years for a child to build up the immense amount of healthy gut bacteria needed to survive, and if anything interrupts that process (such as too many antibiotics) then it can also destroy the brain’s delicate construction.  You can learn more by watching the brilliant documentary Autism Enigma by CLICKING HERE.  (Photo credit: Peter Parks AFP/Getty).