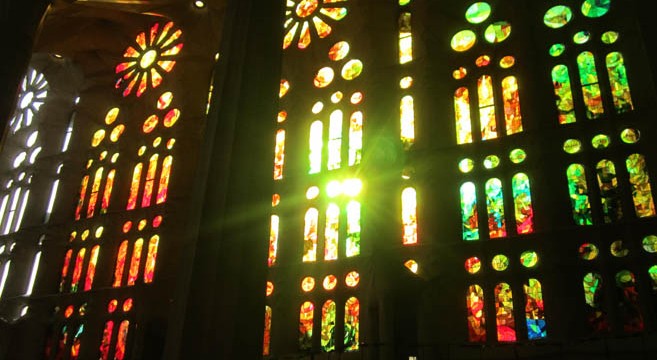 Back in January 2014 the First United Methodist Church in Alexander, Indiana lost 80% of its congregation when the church’s new interim minister, David Mantor, fired their openly gay choir director, Adam Fraley.  Fraley was one of the church’s most beloved members, and he was fired after six years of doing what he loved most, simply because he was gay.  In the United Methodist Church, gay people are welcome but they are not allowed to hold any leadership positions.  When senior official, David Steele, stepped in to show his support for Faley, Steele was also fired by the new minister.  Both Steele’s and Fraley’s firings were later supported and upheld by the church’s superintendent.  Thankfully, goodness has prevailed because in the 11 months since 80% of the congregation left in support of Fraley and Steele, the church is now forced to close its doors.  You can read the full story at Towleroad.com.

As the United Methodist Church comes to grips with the consequences of their barbaric and obscenely un-Christian treatment of Fraley and Steele, it’s worth pointing out the branches of Christianity which are thankfully on the right side of history.  The majority of Unitarian, Episcopalian, and Anglican churches are in full support of gay marriage, and as the more despicable and closed-minded churches begin to shut their doors and turn to dust, these more enlightened churches are enjoying a beautiful new prosperity.  No one words this more beautifully than Episcopalian Bishop John Shelby Spong in the videos below.  In my mind, Spong is one of the most beautiful and honorable Christians in the entire world.  You can learn more by visiting the amazingness that is ProgressiveChristianity.org.  (Photo courtesy of Angie Deptula).

Previous post:
These Are The 9 Things You Didn’t Know About The Christmas Classic “Home Alone” Next Post:
Big Airlines Scared Of Genius Who Discovered “Skiplagging”, The Secret Way To Save Big Cash On Fares