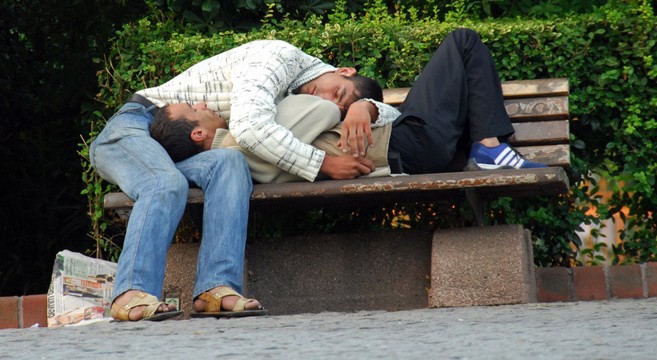 Something very strange is happening in the small village of Kalachi, Kazakhstan, approximately 150 miles south of the Russian border (Google Map).  Since the spring of 2013 the small town of 680 people has been plagued by mysterious clusters of encephalopathy, which has caused 10% of the villagers to suddenly and randomly fall asleep for no reason whatsoever — with some of these people falling asleep for days on end.  Although the disorder has a medical term to define it, no one on Earth has any idea what causes it — let alone why it’s happening in such huge spikes in one specific area.  Local residents are terrified, and many are worried that the next time they fall asleep they may never wake up again.  You can watch a report on the story below, and read more by visiting VICE.com and Daily Mail. (Photo courtesy of Flickr user ​Tinou Bao via VICE).

Previous post:
Charlie Rose Talks To Naomi Klein About How Capitalism Is A Bigger Threat To Civilization Than Carbon Next Post:
These Are The 9 Things You Didn’t Know About The Christmas Classic “Home Alone”