We’ve learned more about the human brain in the past five years than we have over the course of all human history.  There are several exciting projects around the world at the moment which are gathering the leading experts in brain science to help build a map of the human brain. From the U.S. BRAIN Initiative, to the Human Brain Project, as well as the new neuroimaging technology CLARITY, the greatest minds in neuroscience and neuroanatomy are busy laying the ground work for the revolutionary discoveries that are waiting just around the corner.  In recent years some extraordinary images have been coming out of these laboratories, and documentary filmmaker Noah Hutton has compiled many of the most amazing ones into a stunning new short film entitled Brain City.  The terrific 3-minute film was broadcast on multiple billboards in Times Square each and every night of November 2014 beginning at 11:57 and running through to midnight.  It must have been an amazing thing to watch on such a large scale.  In an interview with New Scientist, Hutton said: “I wanted to make something that appealed directly to awe, wonder and mystery, without any other messages about what it means. These are the feelings that got me interested in the brain to begin with, provoked first by a purely aesthetic experience of seeing some of the early hand-drawn sketches of neurons I was also interested in exploring analogies between cities and brains.” You can watch Brain City above, and read more at DigitalJournal.com.  For more great stories about the human brain be sure to visit The Human Brain on FEELguide.  (Image courtesy of the Human Brain Project on Facebook). 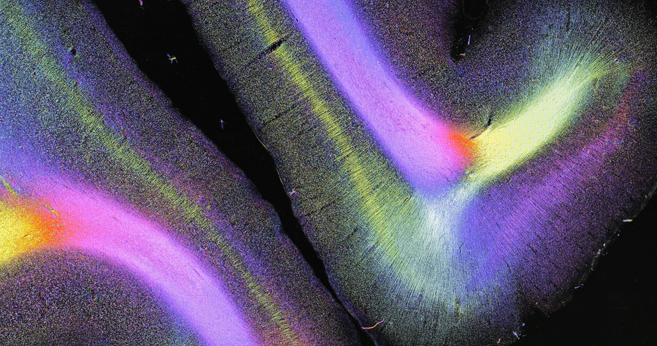 Previous post:
FEELguide Classic: Reading “The Untethered Soul” Has Felt Like My Own Personal Spiritual Revolution Next Post:
Why Great Memories are Worth Far More than Material Goods