David Lynch and Patti Smith are two of the most accomplished artists of our time, so to see them together for an intimate 9-minute conversation is a real treat.  The Fondation Cartier assembled the pair for a conversation that was filmed by the team at BBC’s Newsnight Encounters, and you can watch it in full above.  Among the topics discussed include: their individual creative processes, the worlds of TWIN PEAKS and Blue Velvet, and even Pussy Riot.  Lynch and Smith also collaborated in 2011 for the Fondation Cartier when they created an e-card which you can watch below.  While browsing the Fondation Cartier website I also discovered a video where Lynch walks with sculptor Ron Mueck and shares his thoughts on what might be happening inside the minds of Mueck’s miniature and large-scale life-like human sculptures.  You can watch it below, as well as one of my favorite Lynchianisms of all time — his Q&A following a lecture in Boston which was filmed a few years back where Lynch explains the fundamental importance of meditation in his life and his work. 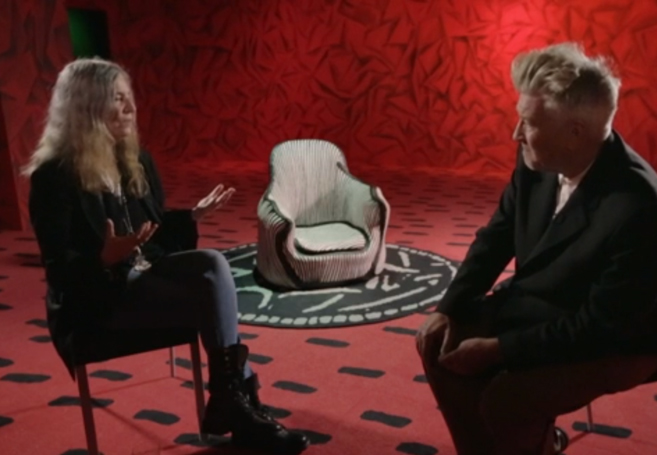