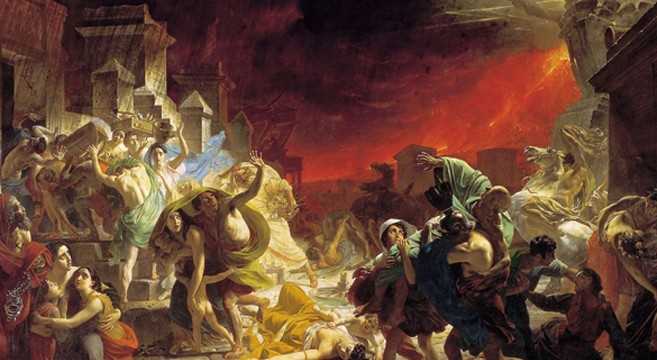 While the truly peaceful branches of Christianity, such as Episcopalianism, Anglicanism, and Unitarianism, have been proven to have enormous psychological benefits, science is teaching us that the opposite side of the Christian spectrum can have massive devastating impacts on cognition and lead to severe and sometimes permanent mental health disorders. Marlene Winell and Valerie Tarico of SALON write: “Janet Heimlich is an investigative journalist who has explored religious child maltreatment, which describes abuse and neglect in the service of religious belief. In her book, Breaking Their Will, Heimlich identifies three characteristics of religious groups that are particularly prone to harming children. Clinical work with reclaimers, that is, people who are reclaiming their lives and in recovery from toxic religion, suggests that these same qualities put adults at risk, along with a particular set of manipulations found in fundamentalist Christian churches and biblical literalism:  1) Authoritarianism, 2) Isolation or separatism, 3) Fearof sin, hell, a looming ‘end-times’ apocalypse.”

“Others experience the threats and fear too keenly. For them, childhood can be torturous, and they may carry injuries into adulthood,” which leads to delayed development and stagnation of life skills.  Early exposure to fundamentalist Christianity also causes what’s known in the medical community as Religious Tramua Syndrome (RTS), a disorder which can have a catastrophic impact on a person’s well-being and mental health. Described in the Diagnostic and Statistical Manual (DSM), RTS is a term used by mental health experts encompassing a “recognizable set of symptoms experienced as a result of prolonged exposure to a toxic religious environment and/or the trauma of leaving the religion. It is akin to Complex PTSD, which is defined as ‘a psychological injury that results from protracted exposure to prolonged social and/or interpersonal trauma with lack or loss of control, disempowerment, and in the context of either captivity or entrapment, i.e. the lack of a viable escape route for the victim’. Though related to other kinds of chronic trauma, religious trauma is uniquely mind-twisting. The logic of the religion is circular and blames the victim for problems; the system demands deference to spiritual authorities no matter what they do; and the larger society may not identify a problem or intervene as in cases of physical or sexual abuse, even though the same symptoms of depression and anxiety and panic attacks can occur.  RTS, as a diagnosis, is in early stages of investigation, but appears to be a useful descriptor beyond the labels used for various symptoms – depression, anxiety, grief, anger, relationship issues, and others. It is our hope that it will lead to more knowledge, training, and treatment. Like the naming of other disorders such as anorexia or Attention Deficit Disorder (ADD), the RTS label can help sufferers feel less alone, confused, and self-blaming.”  You can read the full story by visiting SALON.com.

Furthermore, a new scientific study released by the prestigious scientific journal PLOSone confirms that a religious belief system anchored in a concept of a punitive hell causes severe and long-lasting detrimental effects on one’s well-being.  “Although religiosity is consistently tied to greater well-being, little research has examined which elements of religious belief offer mood benefits, which do not, and which may in fact be detrimental,” write the authors in their study.  The abstract reads as follows: “Though beliefs in Heaven and Hell are related, they are associated with different personality characteristics and social phenomena. Here we present three studies measuring Heaven and Hell beliefs’ associations with and impact on subjective well-being.  We find that a belief in Heaven is consistently associated with greater happiness and life satisfaction while a belief in Hell is associated with lower happiness and life satisfaction at the national (Study 1) and individual (Study 2) level.  An experimental priming study (Study 3) suggests that these differences are mainly driven by the negative emotional impact of Hell beliefs.  Possible cultural evolutionary explanations for the persistence of such a distressing religious concept are discussed.”

The researchers carefully analyzed data provided by the Gallup World Poll, World Values Survey, and European Values Survey in order to compare the “differences in subjective well-being between 63 countries against national rates of Heaven and Hell beliefs.”  Because the data was sourced from hundreds of thousands of participants, researchers were able to eliminate any discrepancies related to such variables as religious attendance, GDP per capita, unemployment levels, etc.  The final analysis proved that countries which had higher levels of belief in Hell were significantly unhappier than countries which had a stronger proportion of believers in Heaven.  People from countries which leaned more heavily towards Heaven-oriented beliefs demonstrated much higher levels of happiness.

Researchers also searched for any differences between the Abrahamic religions (Judaism, Christianity, and Islam) vs. non-Abrahamic religions such as Hinduism, and discovered the effect was universal — Hell beliefs lead to significantly lower levels of well-being, while Heaven beliefs manifest with much higher levels of well-being.  The studies overwhelmingly highlight a direct correlation between the belief in Hell and unhappiness, but the discovery offers a “chicken and the egg” paradox — does a belief in Hell cause the unhappiness, or are these people already unhappy when they choose to believe in something so damaging to their mental health?  “While we suggest that a belief in Hell leads to lower levels of well-being, these data cannot rule out the possibility that individuals with low levels of well-being are more likely to adopt the belief in Hell or that some third variable is responsible for this pattern,” the authors explained.  You can read the entire study by visiting PLOSone.

Another recent scientific study published in the Journal of Religion & Health shows how those who believe in an angry, punishing God are far more likely to suffer from a wide range of mental illnesses.  Stephen Webster of The Raw Story writes: “[The study] used data from the 2010 Baylor Religion Survey of US Adults to examine the links between beliefs and anxiety disorders like social dysfunction, paranoia, obsession and compulsion. To do this, Silton viewed the data through the lens of what’s called Evolutionary Threat Assessment System Theory, which posits that parts of the brain specifically evolved to detect threats, and suggests that many anxiety disorders may be a result of dysfunction in the brain’s perception of those threats.  In keeping with prior studies on this very subject, she queried the data on three types of believers: those who see God as angry, those who see God as neutral and those who see God as loving.  Controlling specifically to weed out the non-believers, Silton found that a belief in a forgiving, loving God is associated with positive psychological traits, ‘almost protecting against psychopathology,’ she told Raw Story. But for those who think God is angry and preparing punishments for sinners, ‘that belief seems to be very much related to these negative symptoms, Silton said. ‘If you look at the previous research, they’ve connected it to depression and all sorts of other psychiatric disorders,’ she said. ‘We were looking at social phobia, obsession, compulsion, paranoia and a lot of features of anxiety disorders.'”

The research team is conducting further research which looks at more qualitative questions such as “what else belief systems might be related to.”  You can read the full story by visiting RawStory.com.  For more FEELguide stories from the world of spirituality CLICK HERE.  And for a brilliant explanation as to why Evangelicalism and fundamentalist Christianity is so wrong — from a mental health perspective, as well as from a Biblical one — be sure to watch Episcopalian Bishop John Shelby Spong in the two interviews below.

Previous post:
Watch The Sublime & Mysterious Short Nature Film “Still Life” Which Blurs Line Between Real & Unreal Next Post:
Baby Boom: The Eleven Things You Can Do To Boost Your Chances Of Getting Pregnant