This past Thursday night I was fortunate enough to be in attendance for the Montreal premiere of the Australian circus company CIRCA‘s brand new show OPUS at the prestigious TOHU circus arts center.  A love letter to Russian composer Dmitri Chostakovitch (1906-1975), OPUS is a mindblowing 80-minute visual and musical feast for the heart, soul, and imagination that has changed everything I thought I knew about the limits of the human body.  Created for CIRCA by artistic director Yaron Lifschitz, the show features the heart-stopping skills and breathtaking talent of 14 acrobats, as well as 4 classical musicians known as the Debussy String Quartet.

Throughout the performance I lost count of how many times I leapt forward in my seat in a state of pure awe at what I was witnessing on stage.  There were many moments in the show when the entire audience would gasp out loud in unison at yet another acrobatic feat that seemed to defy the laws of physics entirely.  And I can remember at least a few times when I was in such a state of transfixed awe that I literally stopped breathing because I was so immersed in watching that stage.

I cannot recommend OPUS enough, and if you live anywhere near Montreal you need to run to see it because there are only 4 shows remaining: November 22, 23, 25, and 26, 2014.  Following this, OPUS then moves to France.  CIRCA also has other shows touring the world, most notably Crossroads, a co-production with Chamaeleon Productions, which is enjoying an extended run in Berlin.  You can see the full list of CIRCA tour dates HERE.  To enter the mothership be sure to visit CIRCA.org.au. (Photos courtesy of TOHU and The Guardian). 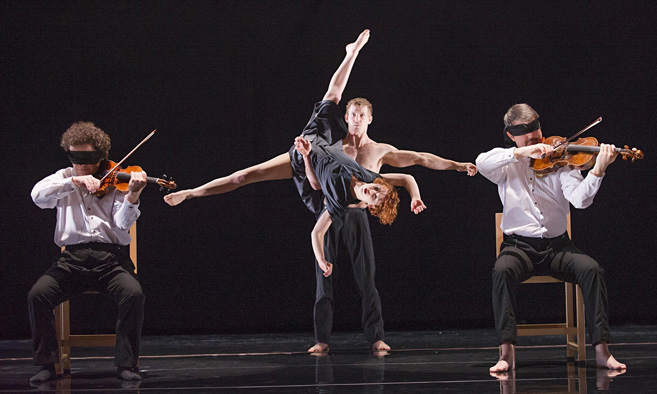 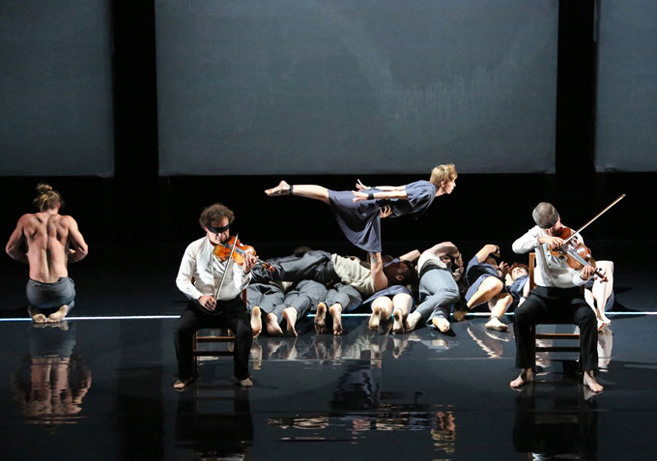 Previous post:
Watch Tilda Swinton & Hillary Swank Explain What Happened To Their Lives After Winning An Oscar Next Post:
Charlie Rose & Gayle King Get A 3-Minute Medical Debriefing On Why Binge Drinkers Are Not Alcoholics