I remember earlier this year going to a great ramen noodle restaurant in Vancouver.  Before going inside I found myself mesmerized by a window display of various ramen noodle dishes that looked so real and so fresh it was as if they had just been place on the shelf.  In fact, they had been sitting there for hours, days, weeks, and possibly months.  “How the hell did they do that?” I asked myself.  The question stuck in my head for months afterwards until last night when I finally found the answer, and you can watch it in full above.  The clip comes from a 1985 Wim Wenders documentary entitled Tokyo Ga.  You can learn more about the film by visiting Wim-Wenders.com.  Once made from wax (as shown in the clip), fake food is now primarily made from plastic.  It is even considered an art for in Japan, with competitions for the best replications.  Japanese fake food has even been on exhibit at Britain’s Victoria & Albert Museum.  You can learn more HERE.  (Source: Kottke, photo courtesy of Janet Hu). 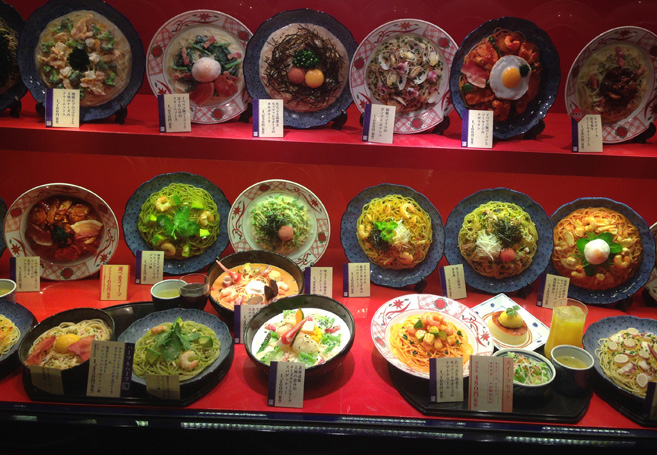 Previous post:
Chris Cunningham Talks To NOWNESS About His Life’s Work & His Robot Sex Ballet Next Post:
Watch This Fascinating Explanation Of Where The Term “Limelight” Comes From