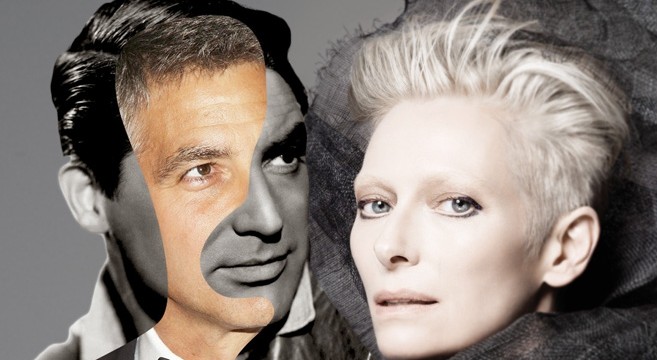 The Coen Brothers are busy at work on their next screwball masterpiece, described as the third instalment of their Numbskull Trilogy, following O Brother Where Art Thou? and Intolerable Cruelty.  Entitled HAIL, CAESAR!, the film is set for release in January 2016 and Universal Pictures released the following synopsis of the film: “Four-time Oscar®-winning filmmakers Joel and Ethan Coen (No Country for Old Men, True Grit, Fargo) write and direct HAIL, CAESAR!, an all-star comedy set during the latter years of Hollywood’s Golden Age.  Starring Josh Brolin, George Clooney, Ralph Fiennes, Tilda Swinton, Channing Tatum, Scarlett Johansson and Jonah Hill, HAIL, CAESAR! follows a single day in the life of a studio fixer (Brolin) who is presented with plenty of problems to fix.  The comedy is produced by the Coen brothers under their Mike Zoss Productions banner, with Working Title Films and Eric Fellner and Tim Bevan.”  Clooney is reportedly going to play an actor named Baird Whitlock, and Swinton’s role is as yet unknown. As Slate discovered: “Carson Reeves at Scriptshadow says that the plot involves kidnapping and Communists and has echoes of The Big Lebowski.”  In related news, NARS has announced Tilda Swinton as the new face of their spring 2015 campaign.  You can learn more at Women’s Wear Daily.

Previous post:
25 Years Later: “Steel Magnolias” Author Talks To NBC About The True Story That Inspired The Film Next Post:
Death Becomes Her: Watch This Fascinating Report On The History Of Black Mourning Wear