Rare Video Shows A Modern Dinosaur Hatching From Its Shell

Researchers at Victoria University of Wellington in New Zealand have been studying the exceptionally rare tuatara (“spiny back”) reptile since the 1940s.  In an effort to bring the endangered species back to healthy numbers, scientists have been incubating tuataras in captivity, and their conservation efforts are showing steady signs of progress.  Recently the team released a 7-hour compressed timelapse video of the birth of one of their tuataras, showing us exactly what a dinosaur‘s birth would have looked like oh so long ago.  The tuatara species belongs to the sphenodontia order, which was made of numerous species during the Mesozoic Era, some 200 million years ago.  The tuatara is the only surviving species of that order, with all the other having been killed off when nearly all life on Earth was extinguished 60 million years ago.  The tuatara has undergone only a few small evolutionary changes over the last 200 million years, so the footage you are about to watch is exactly what a dinosaur would have looked like emerging from its shell. (Source: CBS News). 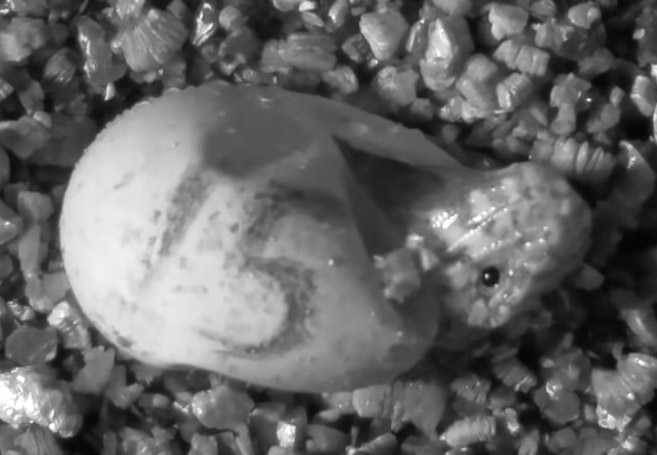