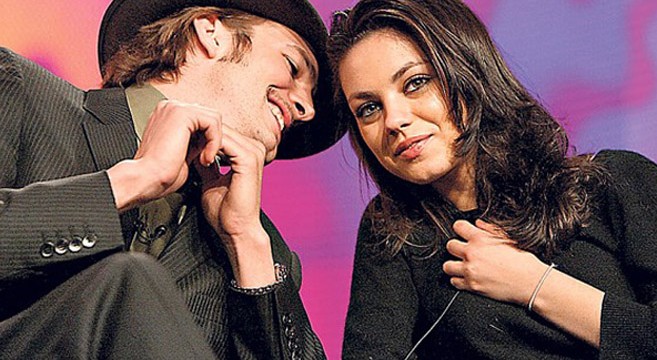 Acting has become very much a side hobby for Ashton Kutcher (born February 7, 1978) in recent years.   His real passion is technology, business, and venture capitalism, and according to most sources Kutcher is well on his way to soon becoming a billionaire.  He has always had a terrific sense of what’s going to be the next big thing in the tech world, going all the way back to the very beginning of Twitter which he helped turn into the world’s second largest social network.  For the past several years he’s injected his foresight into his own L.A.-based venture capital firm, A-Grade Investments, which he co-founded in 2010 with his close friends Guy Oseary (Madonna’s longtime manager), and multi-billionaire investor Ron Burkle.

Kutcher’s A-Grade Investments takes part in seed, series-A round, early stage venture, and debt financing investments for tech startups in the mobile, apps, and e-commerce sectors.  This week it was revealed in Billboard that A-Grade has reached an impressive valuation of $150 million.  It’s growing portfolio holds stakes in more than 20 companies including: Airbnb, Shazam, Path, Flipboard, Foursquare, Uber, Spotify, Fab.com, Soundcloud, Pinterest, Washio, Nextoor, Houzz, and more.  So what does Kutcher look for in a startup exactly?  “I look for companies that solve problems in intelligent and friction-free ways and break boundaries,” he told The New York Times in a 2011 interview. He adds, “If we can create efficiencies in that which is mundane, then we accelerate our paths to happiness. The companies that will ultimately do well are the companies that chase happiness. If you find a way to help people find love, or health or friendship, the dollar will chase that.”

Ashton Kutcher’s net worth of $140 million is not only from his venture capital fund, it’s also from years of coming in at #1 on Forbes‘ annual ranking of the highest-earning actors on television (Kutcher makes $24 million per season on CBS’s Two And A Half Men, and even more when his episodes go into syndication in the years ahead).  He’s also heavily invested in real estate and other businesses such as restaurants.  The Telegraph adds:”Kutcher also made some solo investments before A-Grade was founded.  He owns a portion of Foursquare, the social network which allows users to ‘check in’ to locations, and in 2009 he was persuaded by Marc Andreessen, one of Silicon Valley’s most prominent investors, to take a stake in Skype.  It was a good tip.  Two years later, Microsoft bought the online video call company for $8.6bn.  According to reports, Kutcher tripled his money.”

“His investment attracts more investors.  People have heard of him.  He really drags in the money now, from other investors,” says Dan Lavin, head of consultancy firm Silicon Valley Ventures.  “It is self-reinforcing. He gets exposure to many of the best deals, just like people at Goldman Sachs would.  He’s a smart guy who’s successful because he also has brilliant deal flow.”  There have been many accounts of how Kutcher’s knowledge of technology has taken his colleagues in Hollywood by surprise.  Joshua Michael Stern, who directed Kutcher in the Steve Jobs biopic JOBS, told The Wall Street Journal: “I walked on to a set once and there was a computer processor that was there as set dressing, and he removed it and said, ‘This wasn’t invented for two more years.’  He knew everything there was to know, even historically, about the technology we used.”

Kutcher and actress Mila Kunis have been engaged since February 2014, and their daughter Wyatt Isabelle Kutcher was born in September 2014.  You can follow Ashton on Twitter and Facebook.  Analysts expect Kutcher to reach billionaire status once his highest-stake investments begin to go public with their IPOs in the months and years ahead. 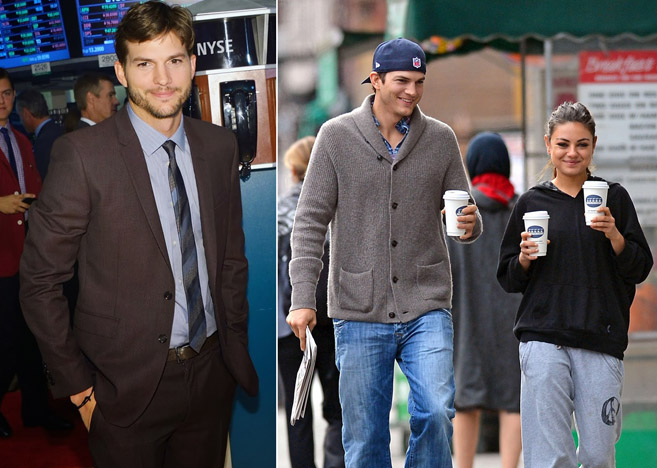 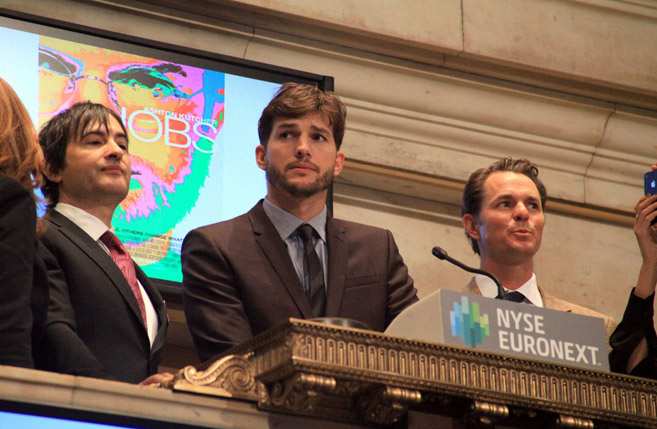