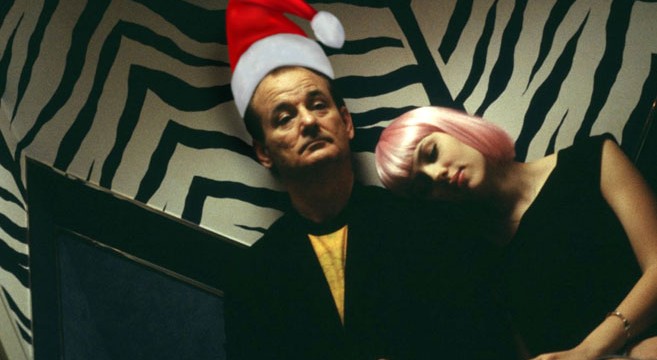 Sofia Coppola and her close family friend Wes Anderson are directly responsible for the Bill Murray renaissance the world is enjoying in recent years, and now the dream collaboration is taking a decidedly delicious and festive turn.  Murray and Coppola are teaming up for a Christmas TV special which will air this holiday season.  Although very little is known of the project at the moment, one thing we can be sure of is Bill will be singing at least a few Christmas carols.  “It’s not going to be live, we’re going to do it like a little movie.  It won’t have a format, but it’s going to have music.  It will have texture.  It will have threads through it that are writing.  There will be prose,” Murray tells VARIETY.  “It will have a patina style and wit to it.  It will be nice.”  Sofia Coppola confirmed she will be directing the variety special, adding: “We’re working on a Christmas special,” she said.  “Not sure when it will air, but my motivation is to hear him singing my song requests.”  No word yet on whether Bill’s Lost In Translation co-star Scarlet Johansson will be joining the special, but if she does I hope they can give us at least one Japanese hotel moment.

Previous post:
WET Will Have You In The Palm Of Their Hands Once You Watch “Don’t Wanna Be Your Girl” Next Post:
R.I.P. The Sandwich (1752-2014): Scientists Link Snack To North American Heart Disease Epidemic