The amazingness that is James Franco continues to raise bar, proving once again he’s having one hell of a great time in his career.  Whether he’s unveiling a new art exhibit in Berlin, or directing a new film, or releasing a new music video with his band, or teaching a course at a prestigious university, James Franco is in a constant state of creation.  One of the most hilarious and brilliant projects he has on the go right now is his new web-series for AOL entitled Making A Scene, which sees James and his team of movie minds creating mashups of two randomly selected iconic movie scenes or genres.  His most recent is his The Dark Knight vs. Beetlejuice matchup which you can watch below.  And if you haven’t already seen his other ones then you’re in for one hell of a treat.  Check out Dirty Dancing vs. Reservoir Dogs, Taxi Driver vs. silent movie genre, and The Shining vs. romantic comedy.  For all James Franco stories on FEELguide be sure to visit James Franco on FEELguide. 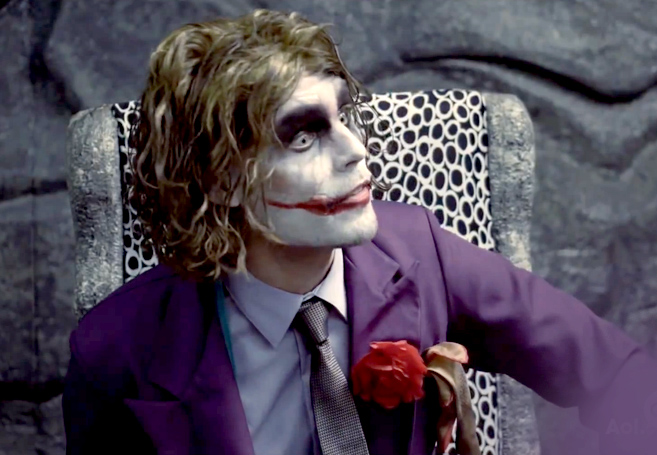 Previous post:
Warby Parker’s In Your Corner With Their Gorgeous New Eyewear Collection Fit For An A-HA Moment Next Post:
LINKguide (October 9, 2014)