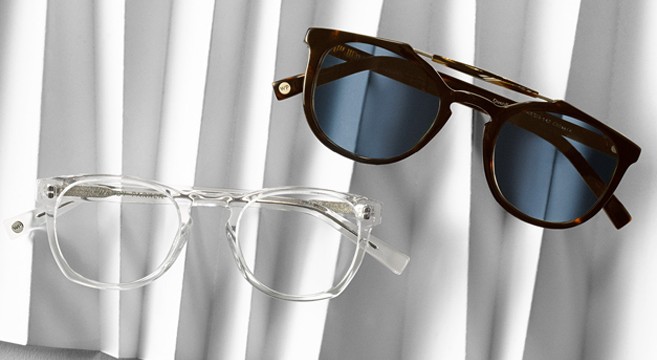 Yesterday I had what can only be described as an A-HA moment in the world of eyewear.  I stumbled upon a feature profile in The New Potato of Entertainment Weekly‘s brand new Editor-In-Chief, Matt Bean, and soon found myself hypnotized by his dreamy face.  It was Matt’s hunkalicious good looks that pulled me deeper into the interview, and when I was done I wanted to learn even more about Mr. Bean.  A quick Google search of Matt’s name left me somewhat confused because none of the photos that were coming up resembled my dreamboat EW editor.  30 seconds later I realized what was causing all the confusion.  Turns out, Mr. Bean’s photo in The New Potato was decidedly sexier than his other pics for one big reason — he was wearing a pair of dark horn-rimmed eyeglasses.  It must be a brand new style for Matt, because those glasses are nowhere to be found in his other photos.  So here’s a FEELguide tip for my newest Future Husband Matt Bean: please don’t ever take off those glasses again.

If there’s one company that knows a thing or two about A-HA moments and the power of great eyewear to reinvent a face, it’s the dream team at Warby Parker.  For starters, the company has successfully bypassed the eyewear monopoly — 80% of which is controlled by Italy-based Luxottica (run by what I can only imagine is an Italian Mr. Smithers).  They’ve cut out the middle man by selling their beautiful glasses online, thereby passing down the huge savings directly to their customers.  If that’s not A-HA enough then consider this: for every pair sold, Warby Parker distributes a pair to someone in need through their non-profit partners.  So not only have Warby Parker taken on the outdated industry structure which grossly inflates the price tag of glasses, they’re also making the world a better place in the process.

All this success in creating a new eyewear business model, however, would never have been possible if it weren’t for the the impressive design team at Warby Parker.  With each new collection the company brilliantly demonstrates how style and affordability no longer have to be mutually exclusive.  Further proof is Warby Parker’s brand new Corner Collection which was unveiled this morning.  The inspiration for the Corner Collection comes from a desire to give a fresh new spin on silhouettes and angles, resulting in a gorgeous new array of designs with crisp keyhole bridges, sloping brow lines, sharp temples, and straight-edged brow bars cast in a stylish mix of horn-inspired acetate and stainless steel.  If you’re hungry for a fresh new look and a brand new “take” on you, Warby Parker’s Corner Collection comes in five new frames — Hutton, Topper, Goodney, Teddy, and Quentin — and two new hues of Rhubarb and Quartz.  If Matt Bean ever decided to “take on me” as his style advisor, I’d personally choose the Topper (in Striped Olive) for his eyeglasses, and the Teddy (in Revolver Black) for our weekends together in the Hamptons.

You can learn more about Warby Parker by visiting WarbyParker.com.  For Warby Parker’s eyeglasses CLICK HERE, and for Warby Parker’s sunglasses CLICK HERE.  Be sure to also follow them on Facebook, Twitter, and Instagram.  For more A-HA moments you can watch the company’s co-CEOs and founders, David Gilboa and Neil Blumenthal, in their May 2014 appearance on CBS This Morning below.  And for further proof of Warby Parker’s amazingness you absolutely need to watch Lesley Stahl’s eye-opening 60 Minutes report on Luxottica’s monopoly of the eyewear industry as well.  (Matt Bean photographed in his New York office by Danielle Kosann). 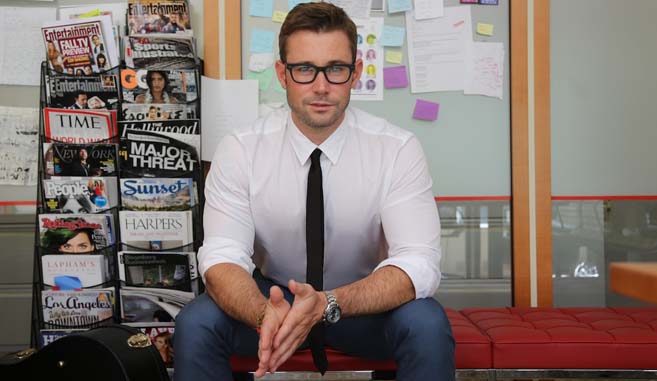 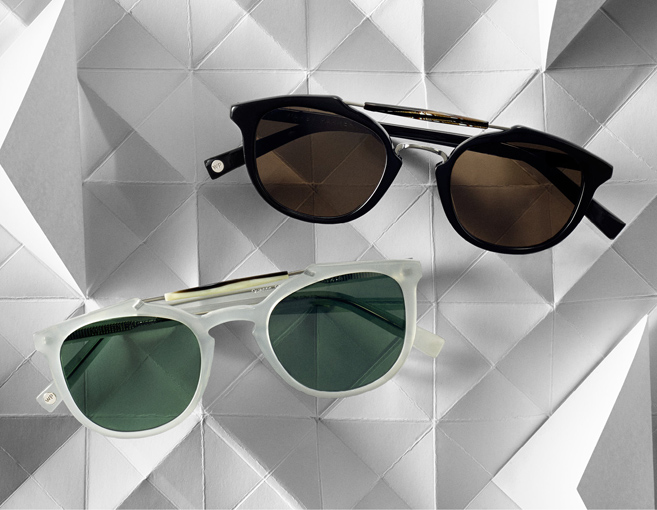 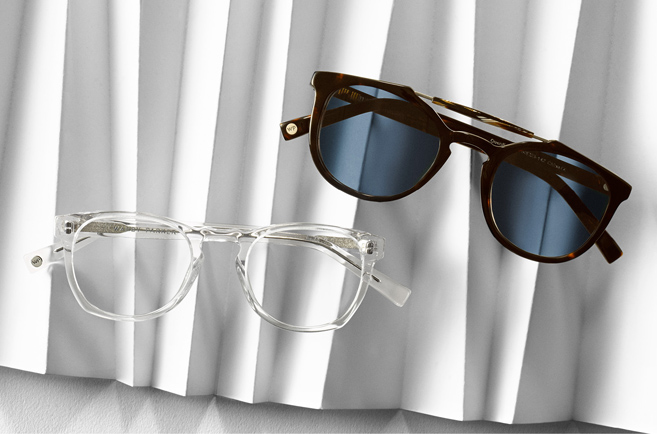