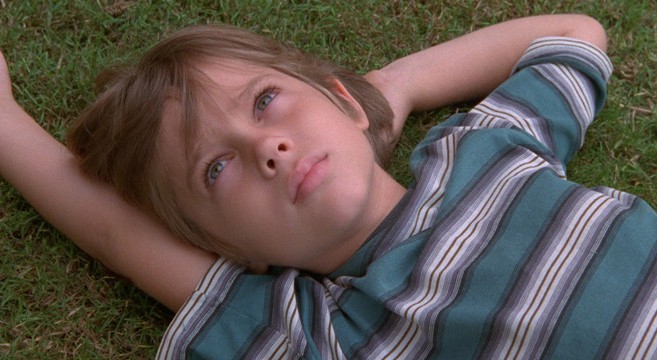 The WOW Files: Meet The Convicted Murderer That Is Living In Richard Linklater’s Garage In Texas

My love affair with Richard Linklater’s new movie Boyhood shows no signs of wearing off, more than 2 weeks after seeing the film.  So it hit me like a bombshell this weekend when I was having dinner with some Austin, Texas friends who told me about the story of Bernie Tiede, the man who lives in Linklater’s garage.  Tiede confessed to murdering wealthy 81-year-old widow Marjorie “Marge” Nugent on November 19, 1996, and was sentenced to life in prison.  Seventeen years later, on Tuesday, May 6, 2014, Tiede was released from prison, and it’s safe to say that might never had happened had it not been for Richard Linklater’s help.

Ask almost anyone in the town of Carthage, Texas, and they will tell you that Bernie Tiede was the nicest human being on planet Earth.  Those same people will also be the first to tell you that Marge Nugent was the most despicable bitch in Texas.  When Bernie (then 38) met Marjorie (then 75) at the funeral of her husband in 1990, the pair quickly formed a strong connection.  In the years that followed, the pair became inseparable.  They travelled the world together and enjoyed each other’s company — until the relationship turned toxic.  In the latter part of their “friendship”, Nugent became so verbally and emotionally abusive towards Bernie that, one day, Bernie absolutely lost his shit and shot Marge in the back four times with a rifle.  He duct-taped her body and put it in the deep freezer covered by a sheet.  Nine months later her son discovered the corpse, which set into motion Bernie’s eventual conviction and life sentence.

Beloved by the community, Bernie was instantly given the benefit of the doubt — not surprising considering Marge was the type of witch that some locals would have shot for $5.  The strange story might never had made international headlines had it not been for Linklater who immortalized Bernie’s story in the 2011 film Bernie, with the role of the loveable killer played by Jack Black, District Attorney Danny “Buck” Davidson played by Matthew McConaughey, and Shirley MacLaine as Nugent.  Linklater became such a champion of Bernie that he worked tirelessly to launch an appeal for Bernie’s release.

Skip Hollandsworth of Texas Monthly writes: “The whole movement to get Bernie released originated back in 2011, when Linklater made an appearance at a Texas Monthly sponsored screening of Bernie at the Violet Crown in Austin.  Jodi Cole, a criminal defense attorney, walked up, introduced herself, and said that she wanted to get involved in Bernie’s appeal.  She told him that it seemed unfair that Bernie had received a life sentence for committing such an impulsive, irrational act that didn’t jibe with his sweet personality.  Maybe, she added, she could find some evidence that would result in a new trial for Bernie — or, at the least, a shorter sentence.  Linklater provided her with a trial transcript, and then he and Jack Black (who played Bernie in the movie) gave her some money to start looking into the possibility of an appeal.  As part of her research, Cole read an inventory of what had been taken from Bernie’s home after his arrest.  Included were four books on surviving childhood abuse.  Cole asked Bernie about the books, and he eventually told her he had been severely sexually abused by an uncle for six years, between the ages of twelve to eighteen — a secret Bernie had told very few people, including his original lawyer, legendary East Texas attorney Scrappy Holmes who represented him at trial.  Cole then arranged for Bernie to be interviewed by Dr. Richard Pesikoff, a professor of psychiatry at the Baylor College of Medicine and one of the country’s most highly respected experts in forensic psychiatry.  In a five-page report that he wrote this past December for Cole, Pesikoff said Bernie went into detail about the sexual abuse he endured from his uncle ‘on a regular basis,’ leading to what Pesikoff described as ‘extremely painful and significant experiences.’  Cole’s argument to the judge was that if Holmes, Bernie’s original attorney, had known about Bernie’s childhood abuse, then he would have been better able to argue at trial that Bernie had long ago disconnected from his emotions and had experienced a ‘dissociative episode‘ on the day he shot Mrs. Nugent and buried her in the deep freeze under some chicken pot pies and a frozen turkey.  In essence, Holmes would have been able to more persuasively explain to the jury why Bernie had ‘snapped’ due to the verbal abuse he had endured from Mrs. Nugent.”

On Tuesday, May 6, 2014, a Texas judge agreed to grant Bernie’s release under a $10,000 bail, and the condition that Bernie live with Richard Linklater under supervision — an idea which Linklater’s presented in person at the appeal.  You can listen to Linklater discuss the story with NPR’s “Fresh Air” in the radio interview below (the first 25 minutes are devoted to Linklater’s film Boyhood which is also worth a listen).  You can also read the full story by visiting TexasMonthly.com, Statesman.com, and TexasMonthly.com again.  And if you haven’t seen Bernie you can watch the trailer below.

FAST FORWARD TO THE 25:31 MARK TO LISTEN TO RICHARD LINKLATER SPEAK WITH NPR ABOUT HIS FRIENDSHIP WITH BERNIE:

Previous post:
Watch The Brand New Kate Bush Documentary “Running Up That Hill” Before Tuesday’s Big Show Next Post:
Enter The Void By Watching TRUST’s New Video For “Are We Arc?”