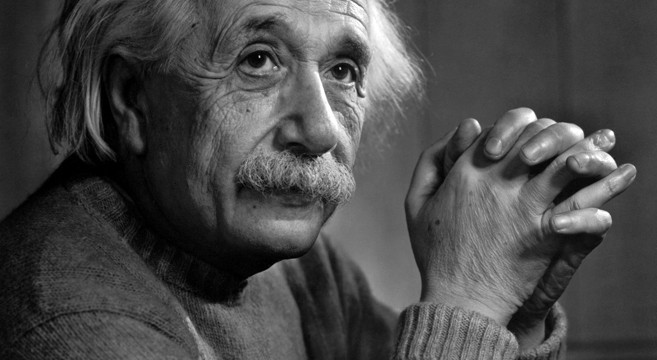 Read Einstein’s 1951 Letter On Why We Are Alive, Written To Someone Disillusioned About Life

When Marion Block Anderson was in her first year of studies at Oberlin College in 1951, she was disillusioned about the nature of human existence in the wake of so many devastating world wars.  Looking for answers, Anderson turned to none other than Albert Einstein.  Anderson explains what happened: “We were having one war after another — first we had the First World War, then we had the Second World War and I just couldn’t see any point to the whole thing.  So I wrote him a letter and I said, ‘What’s the point of living with what we’re going through here — having one war after another?’ “  Amazingly enough, Einstein wrote her back, and below is his succinctly brilliant response.  For all FEELguide stories related to Albert Einstein be sure to visit Albert Einstein on FEELguide.  (Photo of Einstein courtesy of Impressive Magazine). 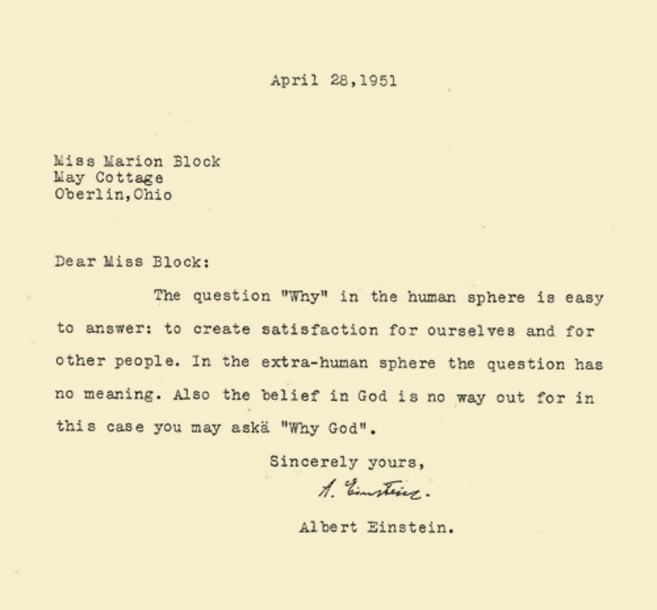 Previous post:
The Top 8 Ways To Make Your Life Much, Much, Much More Exciting Next Post:
The Top 6 Reasons Why People Pointlessly Try To Rush Off Of An Airplane