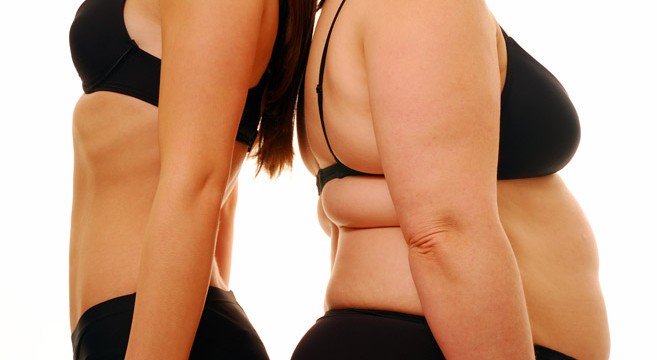 Always Hungry? This Is The Most Brilliant Medical Explanation As To Why You Can’t Lose Weight

Obesity has reached epidemic proportions in North America, even though we’ve never been more informed about matters of health.  It seems like no matter how hard some people try to lose weight, they just end up gaining more pounds and growing even hungrier.  For decades doctors, scientists, and researchers have been trying to unlock the mysteries of why diets cause us to gain more weight, but few of these explanations can match the brilliance of a New York Times op-ed piece written last week by David S. Ludwig and Mark I. Friedman.  Turns out, excessive weight gain is to a diet high in refined carbs, what a fever is to a cold or flu — your body is fighting refined carbs like an infection.  The following is an excerpt:

“The more calories we lock away in fat tissue, the fewer there are circulating in the bloodstream to satisfy the body’s requirements.  If we look at it this way, it’s a distribution problem: We have an abundance of calories, but they’re in the wrong place.  As a result, the body needs to increase its intake.  We get hungrier because we’re getting fatter.  It’s like edema, a common medical condition in which fluid leaks from blood vessels into surrounding tissues.  No matter how much water they drink, people with edema may experience unquenchable thirst because the fluid doesn’t stay in the blood, where it’s needed.  Similarly, when fat cells suck up too much fuel, calories from food promote the growth of fat tissue instead of serving the energy needs of the body, provoking overeating in all but the most disciplined individuals … Consider fever as another analogy.  A cold bath will lower body temperature temporarily, but also set off biological responses — like shivering and constriction of blood vessels — that work to heat the body up again.  In a sense, the conventional view of obesity as a problem of calorie balance is like conceptualizing fever as a problem of heat balance; technically not wrong, but not very helpful, because it ignores the apparent underlying biological driver of weight gain.  This is why diets that rely on consciously reducing calories don’t usually work.  Only one in six overweight and obese adults in a nationwide survey reports ever having maintained a 10 percent weight loss for at least a year.  (Even this relatively modest accomplishment may be exaggerated, because people tend to overestimate their successes in self-reported surveys.)  In studies by Dr. Rudolph L. Leibel of Columbia and colleagues, when lean and obese research subjects were underfed in order to make them lose 10 to 20 percent of their weight, their hunger increased and metabolism plummeted.  Conversely, overfeeding sped up metabolism.  For both over- and under-eating, these responses tend to push weight back to where it started — prompting some obesity researchers to think in terms of a body weight “set point” that seems to be predetermined by our genes.  But if basic biological responses push back against changes in body weight, and our set points are predetermined, then why have obesity rates — which, for adults, are almost three times what they were in the 1960s — increased so much?  Most important, what can we do about it?  As it turns out, many biological factors affect the storage of calories in fat cells, including genetics, levels of physical activity, sleep and stress.  But one has an indisputably dominant role: the hormone insulin. We know that excess insulin treatment for diabetes causes weight gain, and insulin deficiency causes weight loss.  And of everything we eat, highly refined and rapidly digestible carbohydrates produce the most insulin.”

You can read the entire op-ed piece entitled “Always Hungry? Here’s Why” by visiting NewYorkTimes.com.  But there’s much more to the mystery of staying in good shape than meets the eye.  It’s possible to have a relatively poor diet, yet still be in pretty great shape.  In a recent 60 Minutes report, Lesley Stahl profiles a group of elderly folks in a small town in southern California who seem to have figured out the secrets to longevity.  As Lesley discovered, scientists who analyzed decades-worth of scientific data on these healthy and happy folks in their 90s, learned the following: diets don’t work, multivitamins are useless, and moderate alcohol consumption is of major importance for living well into your 90s.  You can watch the 2-part report below, as well as the trailers for the brilliant documentaries Hungry For Change and Food Matters below.  You can learn more about this doc by reading: “HUNGRY FOR CHANGE” Exposes Dirty Secrets Of Food, Weightloss & Diet Industries.

SEE ALSO: The Top Six Personality Traits Associated With LongevitySEE ALSO: The Great Work of Your Life: Stephen Cope’s Extraordinary Guide For The Journey To Your True CallingSEE ALSO: Everything Is A Present: Watch Amazing 108-Year-Old Holocaust Survivor Explain The Meaning Of LifeSEE ALSO: The WOW Files: Charlie Rose’s “Bond” With Judi Dench Shows How Life After 60 Is Beyond AwesomeSEE ALSO: The WOW Files: Meet The 80-Year-Old Japanese Grandmother & Mermaid Who Comes From Another Time
SEE ALSO: “Living To 90 And Beyond”: Watch 60 Minutes’ Groundbreaking Report On The Secrets To Living Forever