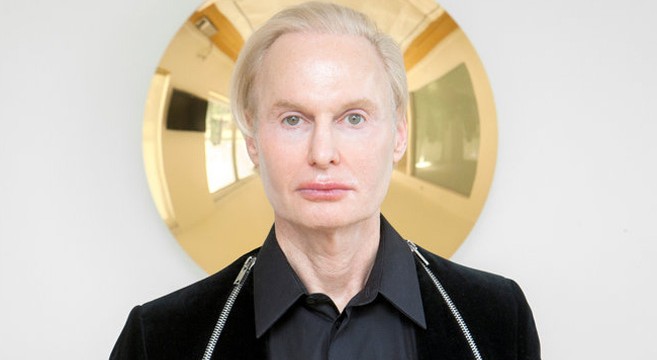 One of the saddest trends in the lucrative industry of superstar facial distortion, is the “Y Lift”.  Created by Dr. Fredric Brandt, the Y-Lift is the signature trademark of his “dermatology” practice, and involves injecting fluid beneath the cheek bones to create the illusion of a taut face.  It’s this technique which has destroyed the faces of such high profile figures as Madonna, Barbara Walters, Calvin Klein, and so many others.  Does this filler also numb the prefrontal cortex which is responsible for keeping people from making bad decisions?  It must, because nothing looks worse on a human face than Dr. Brandt’s Y-Lift.  The irony that Brandt has labelled this technique the “Y-Lift” has not gone unnoticed.  “Y” on earth would anyone do this to themselves?  The New York Times recently profiled this freak of nature, and the following is an excerpt:

“And there is Dr. Brandt himself, who has experimented over the decades with self-administered injections of Botox and an array of fillers — Restylane, Perlane, Juvéderm, Voluma — as each new substance gained approval of the Food and Drug Administration and entered the marketplace.  The result is a mask of serene immobility, a face with a creaseless brow, a square firm jawline, lips feminine in their puffy fullness.  His skin is impressively smooth and so pale as to lend him a lunar aspect . Strangers often inquire, Dr. Brandt said, whether he is from Sweden.  ‘Actually,’ he replies, ‘I’m a Jewish kid from Newark.’ “

In recent years, the FDA has approved a huge number of facial injection fluids and gels which have allowed people with disposable income to bypass surgery altogether, in favor of “chipmunk cheeks” like Madonna’s.  I’m actually in full favor of plastic surgery — just take a look at Jane Fonda, Raquel Welch, Helen Mirren, and others.  When it’s done right — it looks amazing.  And if I had that much money to spare, I would be the first in line to go under the knife.  I agree with Dolly Parton’s school of logic — if it makes you feel happy, then do it!  But only do it if you can ensure you won’t turn out looking like you belong in an episode of Alvin & The Chipmunks.  Sadly, that’s exactly what Dr. Fredric Brandt’s Y-Lifts are doing.

I love you Madonna — but I also love you enough to tell you your face has turned into a nightmare.  If you love yourself, you will get a restraining order against Dr. Brandt, and take the next few months to let those puffy cheeks fade away.  There’s a gorgeous face under there somewhere, and if you want to explore a new direction, then please give Jane Fonda a call.  (Photo courtesy of The New York Times).

Previous post:
LINKguide (March 30, 2014) Next Post:
“60 Minutes” Explains How The U.S. Stock Market Is Rigged & How A Young Canadian Saved It