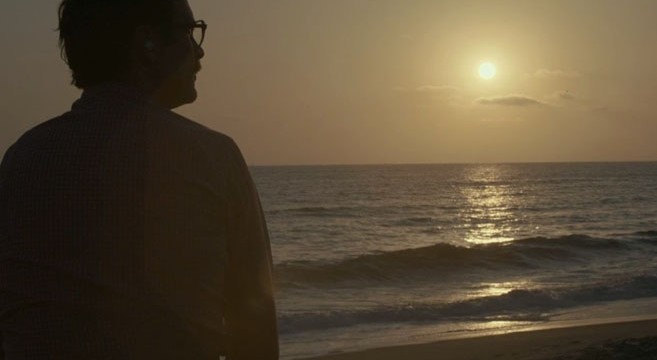 Composed by Owen Pallett and William Butler, the score to Spike Jonze’s Academy Award-nominated film HER steals its fair share of moments in the brilliant film (which I recently rated as FEELguide’s #1 Film of 2013).  Rarely have I found myself thinking about a film for so long after having seen it, but such is the beauty and magic of HER; and part of the reason the lingering spell cast by this ingenious sci-fi love story is so enduring is courtesy of its sound.

Owen Pallett (born September 7, 1979) is a Canadian composer, violinist, keyboardist, and vocalist, who performs solo as Owen Pallett or, before 2010, under the name Final Fantasy.  As Final Fantasy, he won the 2006 Polaris Music Prize for the album He Poos Clouds.  William Butler (born October 6, 1982) is an American multi-instrumentalist who is best known as a member of the Montreal rock band Arcade Fire.  William plays synthesizer, bass, guitar and percussion, and is the brother of Arcade Fire frontman Win Butler.

You can listen to the entire original soundtrack below, which was performed by Arcade Fire.  You might recognize “Supersymmetry” from Arcade Fire’s latest album REFLEKTOR, but it’s worth noting the song was written for HER first.  There is no word yet on when — or if — the score will be officially released.  You can watch for Pallett and Butler in the audience when the nominees are announced at this year’s Academy Awards on Sunday, March 2nd at 7pm EST (4pm PT) on ABC and CTV.

SEE ALSO: FEELguide’s #1 Movie Of The Year Is Spike Jonze’s Astonishingly Beautiful “HER”
SEE ALSO: Ghost In The Machine: The Powerful Questions Of Love & The Nature Of Reality In Spike Jonze’s “HER”