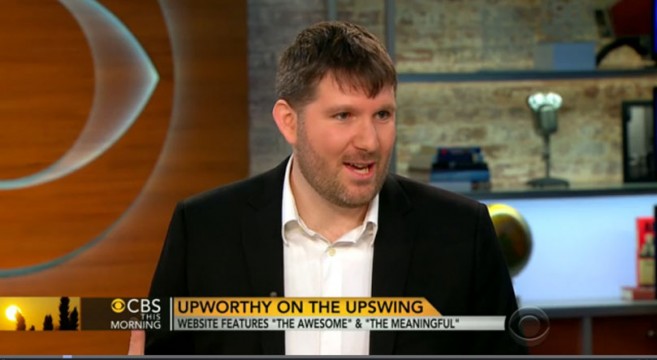 You Won’t Believe How Enormous Upworthy™ Is Until You See These Charts, Charlie Rose Talks To CEO

One of the most remarkably successful websites to emerge worldwide over the past few years is the giant that is Upworthy.com.  Founded less than two years ago, Upworthy has skyrocketed to the upper stratosphere of the Internet by combining news with viral viewing — no small achievement indeed.  Even the world’s largest media empires have tried to mimic Upworthy’s recipe, but they have all failed.

As Derek Thompson of The Atlantic wrote in December 2013: “The most impressive thing about Upworthy is that it publishes just 225 articles a month.  That’s one for every 508 articles on Yahoo!  The site is so much more dominant than other news sites on Facebook that when you graph its Facebook-shares-per-article, it looks like a skyscraper dropped into a desert.  Upworthy averages about 75,000 Facebook likes per article, 12-times more than BuzzFeed.”  In one month alone, Upworthy’s traffic comes in at a whopping 87,000,000 unique visitors per month.

The goliath website’s CEO, Eli Pariser, sat down with Charlie Rose and the anchors of CBS This Morning recently to discuss the site’s rise and success.  “The core of what makes Upworthy work is that we find, you know, really great pieces of content that stir up passion, that are about something meaningful and that people actually want to share,” he said.  CBS NEWS writes: “Upworthy does not create content.  Rather, its staff of curators sift through thousands of stories and videos to find the ones they think are the most compelling and most worthy of being shared.  Each piece is then heavily fact-checked, and only then is it sent to users to consume and share.  The focus is on passing along the stories that matter, Pariser said, about anything from climate change to gay and lesbian issues to women’s rights.  ‘We try to generate awareness around really important topics, and so what we’re looking to do in the broad scale is, you know, make sure that folks are tuning into stuff like economic inequality or global health — not just, you know, Kim and Kanye,’ Pariser says.”

To get a sense of just how enormous Upworthy is you can study these two charts below.  You can watch Pariser’s appearance on CBS This Morning below as well, and to enter the mother ship be sure to visit Upworthy.com, as well as follow Eli Pariser on Twitter. 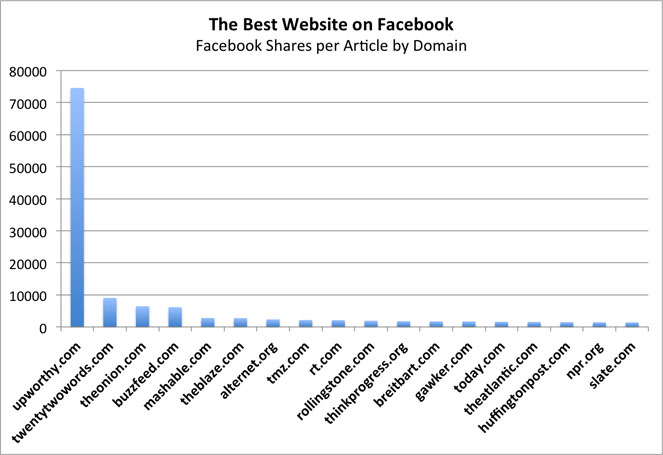 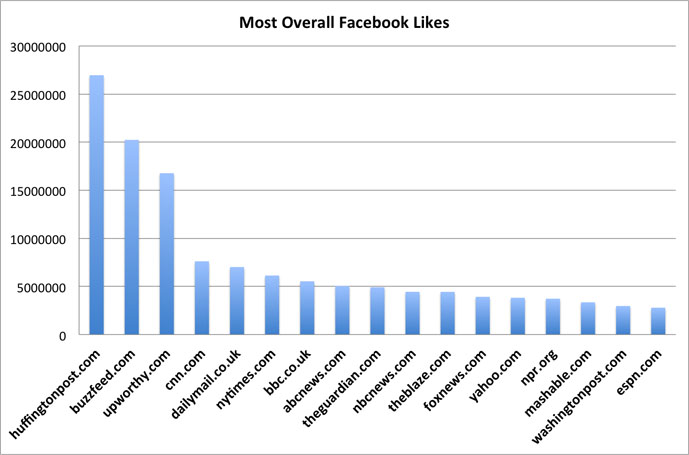