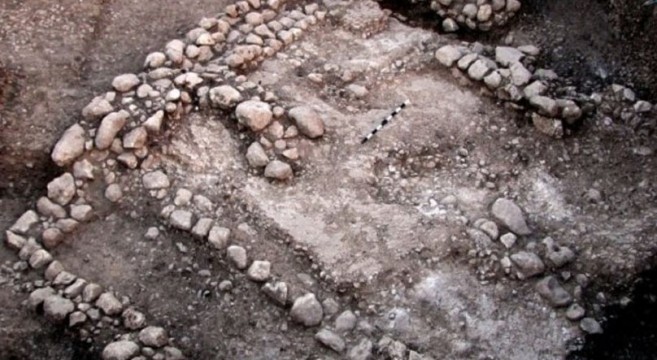 While excavating for a new development, construction workers in Israel made a mindblowing discovery when they unearthed a 6,000-year-old house and a 10,000-year-old temple in Eshtaol, about 17 miles west of Jerusalem.  “This is the first time that such an ancient structure has been discovered in the Judean Shephelah,” the archaeologists said in a prepared statement, referring to the plains west of Jerusalem.  CNN writes: “The building, almost all of which was found, seems to have undergone renovations and repairs and represents a time when humans first began living in permanent settlements rather than migrating regularly in search of food.  The team also found a cluster of abandoned flint and limestone axes nearby.  ‘Here we have evidence of man’s transition to permanent dwellings and that in fact is the beginning of the domestication of animals and plants; instead of searching out wild sheep, ancient man started raising them near the house,’ the archaeologists said.” 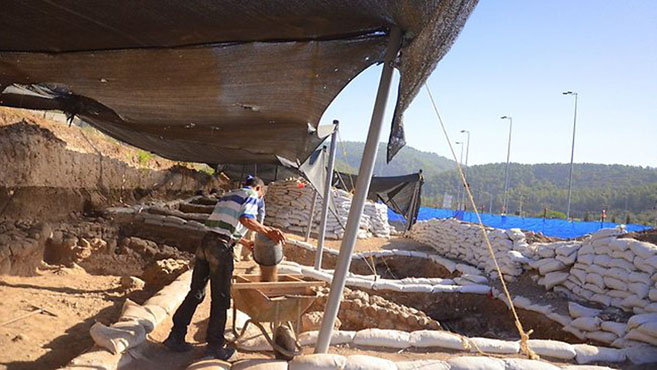 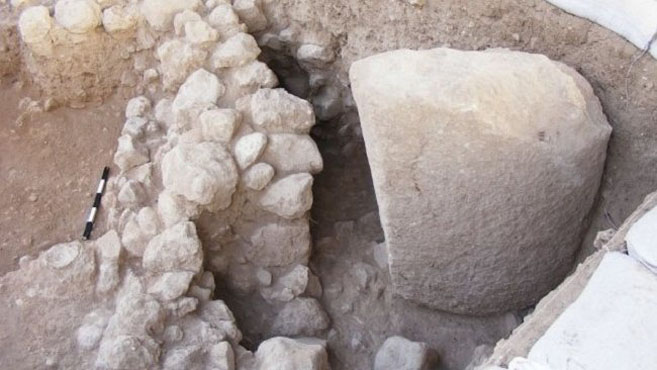