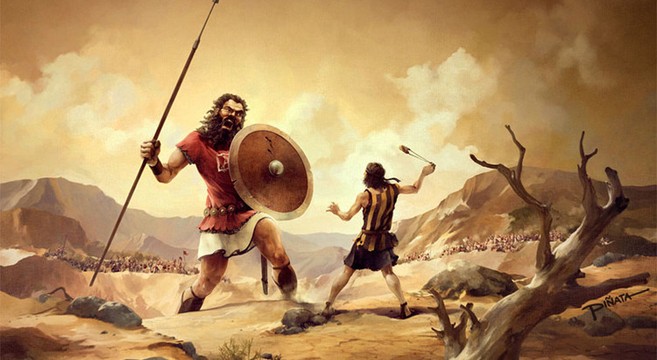 Malcolm Gladwell has created a truly impressive niche for himself in the writing world.  His gift with seeing patterns where no one else can has made him one of the world’s most phenomenally successful writers — so much so that his last name has now become an adjective and a verb.  In his latest book, David and Goliath: Underdogs, Misfits, and the Art of Battling Giants, he examines the struggle between underdogs and favorites.  Gladwell sat down with the team at CBS This Morning earlier today where he explains that he started his book with an actual re-telling of the biblical story of David and Goliath in order to point out that the sling David had was a “devastating weapon” and he wasn’t necessarily the underdog.  You can watch it in full below, pick up your own copy of Malcolm Gladwell’s new book at Amazon, and enter his world by visiting Gladwell.com.