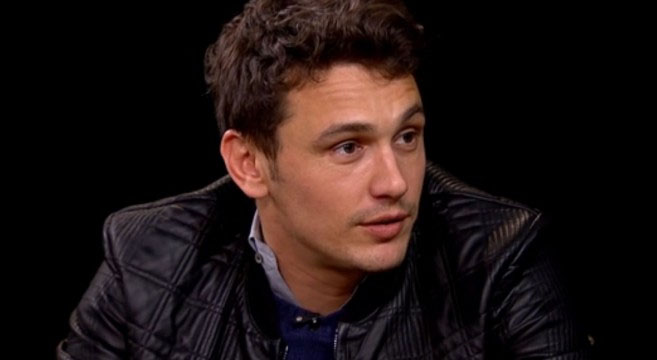 I am convinced there are five James Francos — at least.  There’s simply no other way to explain how someone could possibly be so productive.  He recently filmed the Wim Wenders movie Everything Will Be Fine in Montreal; did voice work for the movie The Little Prince (also in Montreal); made a cameo in a recent Arcade Fire concert film; released a new trailer for his Sal Mineo biopic Sal; premiered his new movie PALO ALTO at TIFF which was directed by Gia Coppola and based on his book/memoir PALO ALTO STORIES (watch trailer below); and recently released a brand new music video for his band DADDY (comprised of some buddies he studied with at the Rhode Island School of Design).

The list goes on and on and on, but one of his newest works is his debut novel Actors Anonymous.  The team at Good Reads wrote the following synopsis of the book: “The actors in James Franco’s brilliant debut novel include a McDonald’s drive-thru operator who spends his shift trying on accents; an ex-child star recalling a massive beachside bacchanal; hospital volunteers and Midwestern transplants; a vampire flick starlet who discovers a cryptic book written by a famous actor gone AWOL; and the ghost of River Phoenix.  Then there’s Franco himself, who prowls backstage, peering out between the lines — before taking the stage with fascinating meditations on his art, along with nightmarish tales of excess.  ‘Hollywood has always been a private club,’ he writes. ‘I open the gates.  I say welcome.  I say, Look inside.’ Told in a dizzying array of styles — from lyric essays and disarming testimonials to hilariously rambling text messages and ghostly footnotes –and loosely modeled on Alcoholics Anonymous’s Twelve Steps and Twelve Traditions, ‘Actors Anonymous’ is an intense, wild ride into the dark heart of celebrity.”

You can check out James’ recent appearance on Charlie Rose below where he discusses the book, his life, and his career for the full hour.  You can also pick up your own copy of Franco’s Actors Anonymous on Amazon.  For all FEELguide stories related to James Franco be sure to visit James Franco on FEELguide.  And in case you were wondering — of course James Franco is included in my list of Future Husbands.