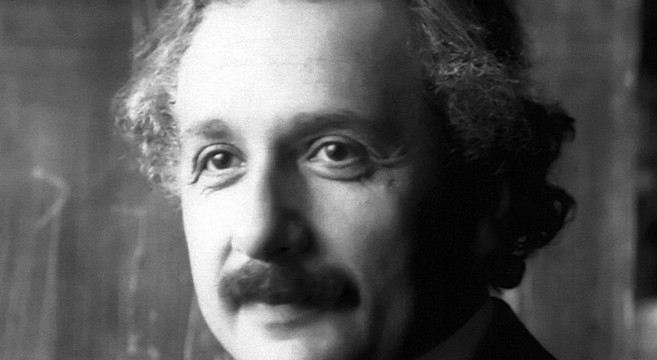 Einstein And The “OK Plateau”: The Trick To Getting Unstuck & Skyrocketing Your Potential

I once heard someone describe procrastination as a combined fear of failure and success.  But procrastination isn’t the only debilitating force responsible for weakening one’s potential.  A major precipitant for mediocrity in life and in our careers is what’s known as the “OK Plateau”.  In his book Maximize Your Potential, science writer Joshua Foer explains: “In the 1960s, psychologists identified three stages that we pass through in the acquisition of new skills. We start in the ‘cognitive phase,’ during which we’re intellectualizing the task, discovering new strategies to perform better, and making lots of mistakes.  We’re consciously focusing on what we’re doing.  Then we enter the ‘associative stage,’ when we’re making fewer errors, and gradually getting better.  Finally, we arrive at the ‘autonomous stage,’ when we turn on autopilot and move the skill to the back of our proverbial mental filing cabinet and stop paying it conscious attention.”

For hundreds of thousands of years this is the 3-step technique our species has used so brilliantly as we climbed our way to our current evolutionary peak.  But the danger of mediocrity enters the picture once we have mastered the 3rd ‘autonomous stage’.  Once we get good at something we tend to go into autopilot mode and be comfortable with what we’ve learned.  The concept of “mastering” a technique is not necessarily a good idea to adopt, because once we go into autopilot mode after mastering this 3rd stage we will enter the infamous “OK Plateau”.  Our brains no longer needs to get better at a skill, so they tend to wander in order to focus on other things.  This is evolutionarily advantageous, but a danger to improvement.  For decades psychologists thought the “OK Plateau” was the peak of learning — more practice would simply keep you on that plateau and keep you level of mastery stabilized.  But we have since learned this is dead wrong.

From musicians like Mozart, to writers like Joyce Carol Oates and J.K. Rowling, to some of the greatest athletes of our time, the trick they have all come to consider one of the most important fundamentals of reaching higher levels of their potential is to never ever go on autopilot after the 3rd stage.  Foer also writes of a famous story in his other book Moonwalking with Einstein: The Art and Science of Remembering Everything where he recounts how Einstein wanted to improve his memory by memorizing a deck of cards.  Sure enough, as Einstein’s coaches observed, the iconic physicist also experienced the 3 stages of improvement on his road to memorizing the stack of cards perfectly.  Once Einstein’s improvement began to plateau after the 3rd stage, his coaches said “Congratulations!” and that was the end of the exercise.  If Einstein was alive today he would know that this was in fact not the end of improvement, and that he would need to continue on into what’s known as “deliberate practice”.

As Foer describes, “deliberate practice” is the realm of practice reserved for the true greats (such as yourself).  He explains how practice after one moves beyond the “OK Plateau” becomes much more deliberate.  Deliberate in the sense that it has less to do with how many hours you spend practicing in the years ahead, and everything to do with taking conscious control over your practicing of failure: “Deliberate practice, by its nature, must be hard.  When you want to get good at something, how you spend your time practicing is far more important than the amount of time you spend. … Regular practice simply isn’t enough.  To improve, we must watch ourselves fail, and learn from our mistakes.”

Previous post:
Lesson Learned: Bieber Slept With A Brazilian Hooker & She Got It All Caught On Video Next Post:
You’ll Laugh Til You Cry When You Watch Aziz Ansari’s Hilarious Thoughts On Marriage