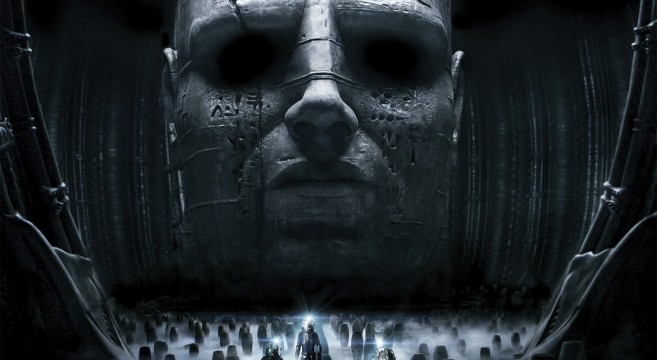 As a serious fan of the ALIEN franchise, Ridley Scott’s recent PROMETHEUS instalment was an absolute thrill — it was everything I had hoped for and more.  Within days of its release, sequel chatter quickly began to emerge, and earlier this week Ridley Scott confirmed that the entire script for the film is officially ready.  “‘PROMETHEUS 2’ is written,” he told Empire.  “I have already got the next two films ready to go.  That will be 2014 [and 2015].”  It’s already well known that the 2014 film he’s referring to is his biblical epic entitled EXODUS which is set for release on December 12, 2014.  As for which film he will be releasing in 2015, it is still unclear.  There are rumours it could be his long-gestating sci-fi epic The Forever War being written by D.W. Harper, and inspired by Stanley Kubrick’s 2001: A Space Odyssey.  Or it could also be his highly anticipated sequel to Blade Runner.  You can read more about that HERE.