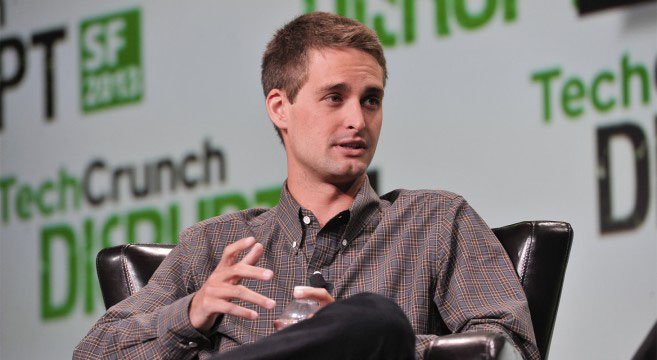 Evan Spiegel, 23, is the Stanford dropout behind Snapchat, the phenomenally successful photo messaging app which allows users to send pics or videos to a controlled list of recipients, allowing these recipients to see the content for a short amount of time after the message is opened (1-10 seconds), before it is deleted forever.  Back in 2011 Spiegel started Snapchat with CTO Bobby Murphy and his Stanford classmate Frank Brown (Brown is currently suing Snapchat for dumping him improperly when the company was first starting out).  The company reports that users send an astonishing 350 million photos per day, which puts them right on par with Facebook (by comparison, Instagram users post a measly 55 million photos per day).  Now Forbes is reporting that Chinese-based Tencent (the owner of messaging apps QQ and WeChat) is ready to pump a huge amount of cash into Shapchat which would result in a total valuation of $3.5 billion, making Snapchat one of the most successful startups in all of Silicon Valley, and making Spiegel one of the wealthiest 23-year-olds in the world.  You can get the full story at Forbes.com.