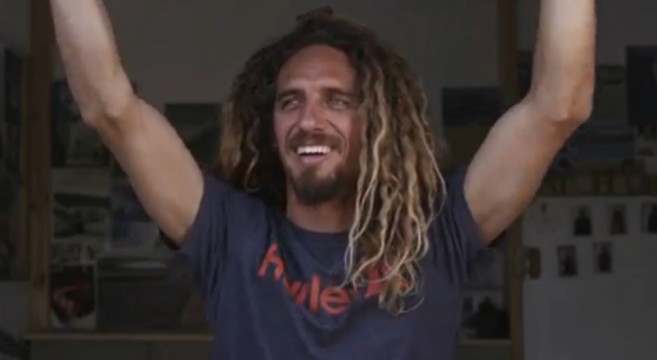 Marcus Gaab is a wandering photographer, filmmaker, and the man behind the travel magazine Endless which he is using as a platform/excuse to take his wife and two young kids on trip around the world.  Currently the Gaab family are in the middle of the California leg of their world tour, and they recently caught up with surfing legend Rob Machado.  A bona fide surfing superstar, Machado has won numerous prestigious surfing titles around the world, and was also featured in the 2007 animated film Surf’s Up and his own 2009 documentary, The Drifter.  The Gaabs met up with Machado at his home town in Cardiff, California, and they quickly realized that Machado’s well known zen-like persona and energy matched up perfectly with the stories they had been told about Machado’s warm charm.  “It’s a cliché that you expect a surfer guy to be very zen in all regards, but he really was like that,” says Gaab in an interview with NOWNESS.  You can watch Gaab’s entire short film feature profile of Machado below.